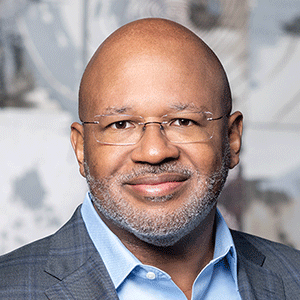 Brent Williams serves as executive vice president of National Corporate Banking at City National Bank. He is also a member of the company’s Executive Committee.

Brent joined City National in 2018 and helped launch National Corporate Banking, which serves the complex banking and corporate finance needs of larger commercial and mid-corporate-sized companies across the country. The group also leverages the capabilities of both City National and RBC Capital Markets.

Brent has more than 25 years of financial services experience. Prior to joining City National, he worked in a variety of roles at Wells Fargo, most recently as the commercial banking executive vice president and region head responsible for the Westside of Los Angeles, as well as co-head of the bank’s Southern California Middle Market Technology, Media and Telecom team.