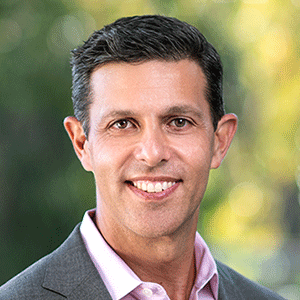 Aaron is a member of the bank’s Executive Committee.

He began his banking career at City National in 1996. He joined the bank’s structured finance unit in 2004, became manager in 2011 and executive vice president responsible for structured finance in 2016. He assumed his current position in 2020.

Aaron earned a bachelor's degree in economics from Emory University and a master's degree in business administration from the UCLA Anderson School of Management.

Active in the community, he is on the board of Jewish Big Brothers Big Sisters of Los Angeles, where he serves as treasurer, and is an advisory board member with the Los Angeles chapter of Facing History and Ourselves.