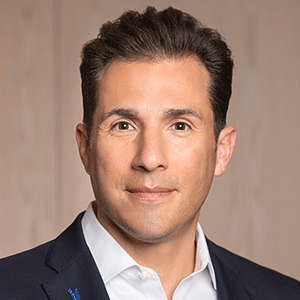 Abel Montañez is an executive vice president and the head of City National’s Private Banking division. In this role, he leads the private bank’s strategy and growth in existing and new markets and oversees a team of regional leaders and other senior managers within Private Banking.

Montañez has more than 20 years of experience in wealth management. He joined City National in June 2021 from Wells Fargo Private Bank, where he oversaw the Los Angeles market as regional managing director. Montañez joined Wells Fargo in 2007 as a wealth advisor. During his 14 years at the bank, he was consistently recognized as one of the top advisors in the company.

Prior to Wells Fargo, Montañez worked at Citi Private Bank, where he co-led a team of advisors focused primarily on ultra-high-net-worth individuals and families.

Montañez is dedicated to serving his community and serves on the board of directors for Foothill Family Services, a nonprofit organization serving at-risk children and families in Southern California.

Montañez received his master’s and bachelor’s degrees in finance from the Marshall School of Business at the University of Southern California.