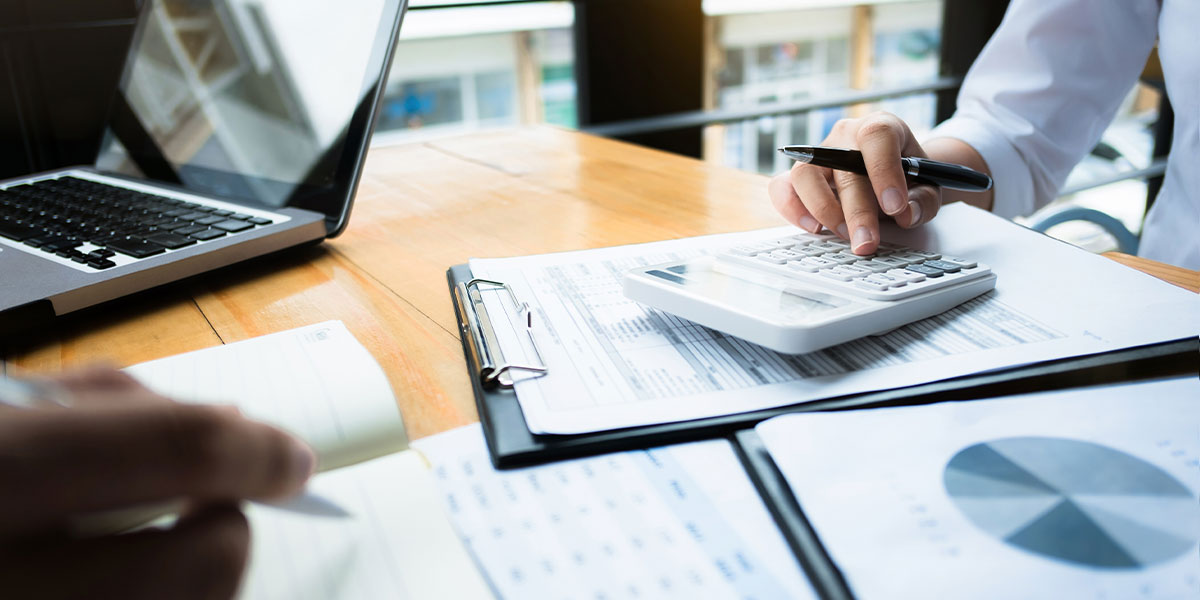 Surprise birthday parties may be fun, but a surprisingly large tax bill is not. Unfortunately, no matter how financially savvy you are, sometimes a tax liability may be triggered by an unexpected event. In 2019, for example, some Americans found that the changes from the 2017 Tax Cuts and Jobs Act resulted in a tax bill rather than a refund. But a tax surprise can hit at any time.

“A change in your life such as a new job, moving to a different state, a change in your investment portfolio or a change in your IRA minimum distribution status can incur a tax liability," says Dean Deutz, a private wealth consultant with RBC Wealth Management-U.S. “Sometimes your tax bill can be higher just because the return on your mutual funds was higher than anticipated and you have a capital gain to declare on your taxes."

While selling assets is a common way to generate a tax bill, business owners can be particularly vulnerable, says Fred Rose, head of credit and liquidity solutions for RBC Wealth Management-U.S.

“If you sold a division or sold your business, you may not realize until you and your accountant do your taxes that the move triggered a capital gains tax," Rose explains. “Some people also got caught with a higher bill when the tax law changed and the amount they could deduct for high state and local taxes was capped."

Tax codes are complicated, adds Rose, so even the most sophisticated business owner or high-net-worth household can easily make a mistake or misinterpret the tax code.

“Always talk to a tax advisor and a wealth strategist when you make a major financial decision," says Rose. “Embrace the fact we all face tax surprises sometimes and embrace the idea of a strategy to address those surprises."

Deutz recommends revisiting this discussion in the fall each year to run tax projections, so you have time to make changes before the year ends.

“As you and your tax advisor are preparing, you should start to think about what might be different next year," says Deutz. “Will your W-2 be the same or different? Think about whether you need to make estimated tax payments at a higher or lower rate."

Deutz says there are several options to consider.

If you'll be in a lower tax bracket in the future, see if you can defer income. If you're heading into a higher tax bracket next year, consider moving as much income as you can to the current tax year. “Consult your wealth advisor and tax advisor to manage your income," says Deutz. “Look at selling stock or perhaps a Roth conversion depending on your tax bracket."

The new tax bill increased the standard deduction and caps some itemized deductions, which means every taxpayer should review their return to see if itemizing continues to make sense, Deutz explains.

To maximize the tax benefit of your charitable contributions, you may want to consider bunching your charitable giving, perhaps with biennial giving, a donor-advised fund or a private foundation. “If you typically give $5,000 annually in charitable contributions and your state and local tax deductions are limited to $10,000, then your $15,000 deductions are less than the standard deduction of $24,400 for a married couple," said Deutz. “If you contribute $20,000 to charity in one year, then you get a tax benefit that year. Then perhaps skip a year or two before making another large contribution to maximize your deductions."

If you're over age 70 1/2, you can donate up to $100,000 from an IRA directly to a charity to make your minimum distributions more tax efficient. You won't be able to take the charitable deduction for the donation, but you'll reduce your income for the year by the amount of the donation.

Strategies for Paying a Tax Bill

If, despite your consistent planning efforts, you owe the IRS a substantial bill, there are several ways to pay.

If you have plenty of cash, that's an easy way to pay your bill, says Deutz, but it's risky if you're digging into your emergency fund. “It's best to have a back-up plan so you don't have to pay cash if you don't want to," he adds. Securities-based line of credit: Borrowing from a securities-based line of credit allows you to avoid selling securities at an inopportune time, says Rose.“An advantage of borrowing against your line-of-credit is that you're not creating a new taxable event when you borrow from your account," explains Rose. “If you sell securities you can trigger a tax bill for the following year."

While you can typically borrow as much as 50 to 80 percent of your portfolio's value, Rose recommends limiting your borrowing to half of that: 25 to 40 percent, particularly if the borrowings won't be paid off in a short period of time (less than 12 months). This gives your portfolio cushion to withstand a market correction. The loan from your line of credit will need to be repaid.

“Borrowing can be smart if you know you have income coming in soon to pay off the debt," says Deutz. “If you're paying your tax bill in April and know you'll get a bonus in June, that's fine. But if you don't have a lot of cash coming in for the next 20 years, you don't want to use debt for a big bill."

Selling securities may not be the best option, says Deutz.

“You could be selling at the wrong time in the market and losing out on the benefit of a more strategic sale," he explains. “In addition, selling securities could cause a bigger tax bill the following year because you have to include the proceeds as income."

Yet, on occasion, it could make sense to sell securities rather than borrow, says Rose.

“Ask your advisor, because it may make sense if you'll realize losses and won't trigger a tax bill for the following year," says Rose.

Professional advice is essential for complex tax situations and surprises.

“If you have a big tax liability, it's important to communicate with a team of advisors and recognize that you have several arrows in your quiver," says Rose. “So many people think they just need to sell assets and pay when they're hit with a bill, but there are other options."

This article is a republication of content originally published by RBC Wealth Management, a division of RBC Capital Markets, LLC, Member NYSE/FINRA/SIPC. © 2019, Royal Bank of Canada, used with permission.

City National does not warrant that it is accurate or complete. Opinions expressed and estimates or projections given are those of the authors or persons quoted as of the date of the report with no obligation to update or notify of inaccuracy or change. This report may not be reproduced, distributed or further published by any person without the written consent of RBC Capital Markets, LLC. Please cite source when quoting.

City National Bank is an affiliate of RBC Wealth Management.

Non-deposit investment products offered through RBC Wealth Management are not FDIC insured; not a deposit or other obligation of, or guaranteed by, a bank; and subject to investment risks, including possible loss of the principal amount invested.