How Emotions Can Influence Your Financial Decisions 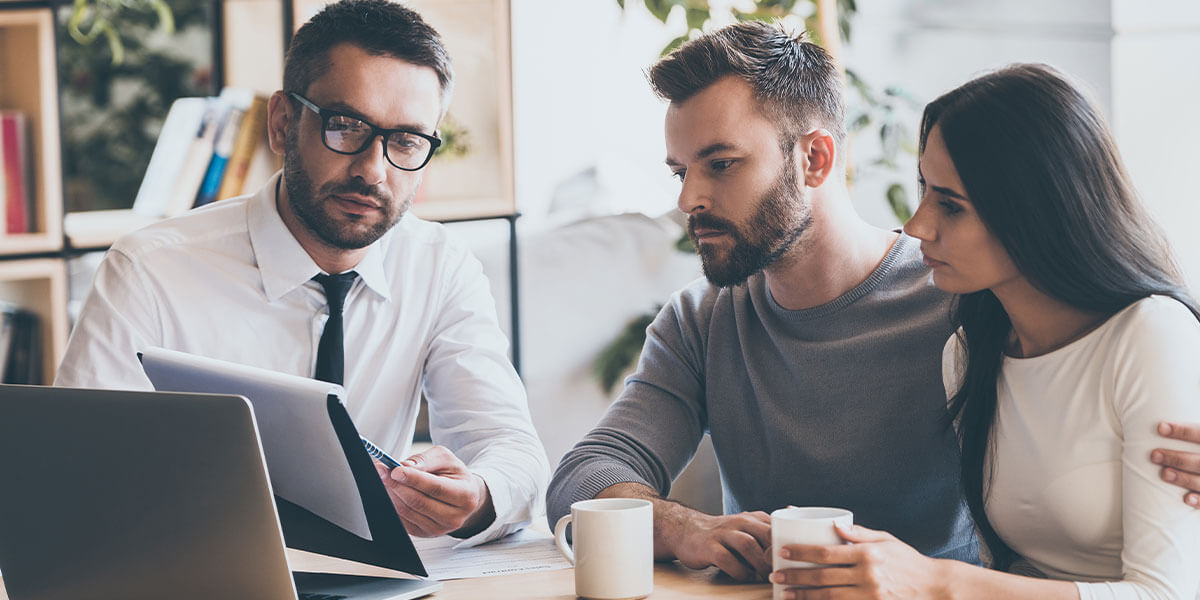 Emotions are an important part of the human experience. They've influenced some of humanity's biggest cultural and scientific achievements. But in times of uncertainty and stress, they can also have a negative impact if they are not managed well.

A look at history offers thousands of examples where emotions influenced some of America's best — and worst — moments.

For instance, an inspired Francis Scott Key wrote "The Star Spangled Banner" after seeing the American flag flying high in the midst of a heated battle with the British. Anger, frustration, and countless other emotions spurred the leaders of the American civil rights, women's rights, and LGBTQ rights movements onward in their efforts. However, heightened fears and anxieties caused by the 9/11 tragedy and the COVID-19 pandemic also resulted in upticks in violence against Muslims and Asians.

If emotions can bring out the darker sides of people and change the course of history, imagine how much impact they can have on your day-to-day life, including your finances. Examining how emotions influence your thoughts and actions can better equip you to make emotionally well-grounded financial decisions.

The Impact of Emotions on Financial Decisions

A study performed by Nobel Prize-winning psychologist Daniel Kahneman showed that we make financial decisions based 90% on emotion and only 10% on logic. But how does that play out in real life?

Financial therapist and wealth counselor Marilyn Wechter points to philanthropy as an example of how feelings encourage us to act. "Philanthropy isn't just a strategy to reduce your tax liability, but a wonderful thing to do that's usually motivated by emotion," she said.

Gaye Chun, senior wealth planner at City National Bank, agreed: "Most clients don't take action to prevent or redirect that tax loss unless you get them emotionally involved with helping their community."

Research indicates that the act of giving elicits happiness in the benefactor, even if it requires some sacrifice on their part. A person who donates money to charity often does so with the understanding that it will benefit their community in meaningful ways, thus making them feel good about the gift.

Of course, emotions can also cause irrational behavior as well. They can make you hold onto "residual self-images" — views you hold of yourself as you used to be instead of who you are now — and drive faulty financial decisions based on those perceptions.

Chun encounters this phenomenon with his clients too. "They have a residual self-image of what they were when they first started out," he noted. "This means that people tend to manage their wealth using old habits rather than adapting to their changed higher net worth circumstances."

Understand That Your Emotions Can Affect Your Judgment

A 2007 Academy of Management Journal study showed that people who could identify the emotions they were feeling were able to make better decisions, in part due to a greater ability to control any biases caused by those feelings.

Wechter calls this "making conscious the unconscious" — bringing your emotions and beliefs to the front of your mind so you can better understand their influence on you.

"Emotions are neither good nor bad," she explained. "The goal isn't to be emotionless, but to understand the emotions that are driving your decisions. Be clear about where your feelings are coming from, so you can look at things as realistically as possible."

Still, emotions are temporary — while the impact of your financial decisions can be permanent or difficult to change. That's why awareness and moderation of your emotions is crucial when it comes to these choices.

Focus on Facts Rather Than Your Feelings

Simply concentrating on the facts can often be enough to shake the hold your emotions have on your behavior.

In some cases, it's just a matter of breaking down the numbers in your financial plan to prove that it makes sense. Chun often works with clients who hesitate to take advantage of tax-advantaged wealth transfer opportunities because they worry that they'll need the money in the future.

"I try to get clients to objectively understand how they actually are, not how they feel they are," he remarked. "If I can prove to them that they have more than enough money to fulfill all of their lifestyle needs forever, that opens up an opportunity to do other prudent things with regards to risk management, wealth transfer and philanthropic planning. It gets emotions out of the way."

If you think your emotions might be affecting your ability to think rationally about a situation, you might want to take a page out of Chun's book and focus on the facts at hand. Writing down everything you know to be true about the situation can keep these details top of mind and help you review the scenario with more clarity. Or, you can talk things over with someone you trust to bring you an outside perspective.

While growing up, you likely learned lessons about money and wealth from your parents, other family members, important life events, and society that formed your basic assumptions about finances. Some financial psychologists refer to these lessons as "money scripts."

No matter how hard you try, some situations make it nearly impossible to separate feelings from facts. If you feel that your emotions are clouding your judgment, it's important to recognize what triggers them.

You don't have to let your emotions run your financial life. By understanding the money scripts that drive your behavior, you can replace unhelpful thoughts and habits with better ones.

So where do you begin? First, create an internal money dialogue by asking yourself questions and answering them truthfully in a notebook or on a piece of paper.

Some questions to help you get started include:

Change starts with awareness. When you understand the roots of your behaviors, you can begin to relearn them — or replace them entirely.

Even though wealth planning is driven by facts and numbers, it's also important to take into account your feelings and beliefs about money. Money is intensely personal — people dedicate so much of their lives to earning it, and nearly everything they do requires it in some shape or form — and humans are emotional beings by nature.

As you grow your wealth, it's important to work with a financial advisor who can dissuade you from making detrimental, emotionally driven decisions. And in some cases, additional work with a therapist specializing in money issues can help you understand why certain behaviors show up in the first place.

"How we deal with money is not unlike how we deal with love, power and other things," reflected Wechter. "How we use money says a lot about us, so it's worth understanding."

To get a better understanding of your finances and stay on track with your financial plan, get in touch with City National Bank's wealth planning team today.