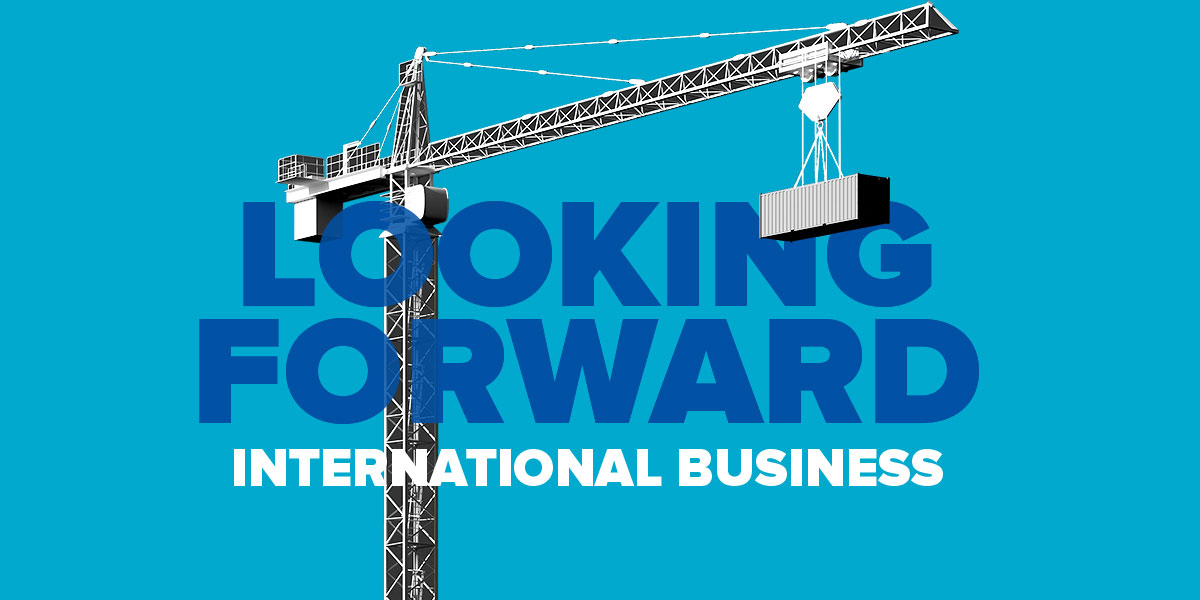 In early 2020, when the coronavirus began impacting communities and industries around the world, international trade ground to a halt almost overnight. Some countries closed their borders, factories shut down to stop the spread of infections and buyers around the world cancelled orders or stopped ordering entirely.

“As factories and suppliers shut down, many companies had to rethink every link and process in their supply chain, as well as quickly assess how these shutdowns would impact the ability of every vendor or partner to continue playing a role in their business," said Steve Bash, manager of international banking at City National Bank. “Those whose customers still had unpaid invoices had to figure out how to unlock cash quickly and make the tough decision about how long they could continue operating."

While global trade has largely rebounded in 2021, many business owners had to pivot quickly in the beginning of the 2020 pandemic, especially during the early weeks of the shutdown.

For instance, The Fresh Connection, a Northern California-based exporter of farm-fresh fruits and vegetables, had shipping containers of grapes loaded up for the long trip to New Zealand in March 2020. But when the ship's crew tested positive for COVID-19, it was not allowed to leave port, said The Fresh Connection's CEO Hank Miller.

“The ship sat there for three weeks," he said. “These are fresh grapes, and they have to get there in time to stay fresh or everything is ruined."

Finally, after much negotiation, Miller's company was able to get the containers off the ship and sell the grapes in the United States.

Another example comes from Edco, Inc., a Mesa, Ariz.-based designer, manufacturer and distributor of fashion jewelry, pins, keychains, souvenirs and promotional products. The company was awaiting several shipments from Chinese factories when the pandemic hit. While most Edco customers took the goods, several large loads headed to cruise ships were never shipped, explained Bryan Vifquain, president of the company that his grandfather started almost 70 years ago.

And with most cruise ships still not operating, the company continues to sit on a lot of merchandise, tying up cash, Vifquain said.

Over the past year, global businesses like these have weathered new challenges and continuing unpredictability. Many have seized on the old saying about necessity being the mother of invention, however, and found themselves embracing innovations that will transform their businesses long into the future.

"We've had to find new markets and new customers, but when everything recovers, our company will be stronger for it." 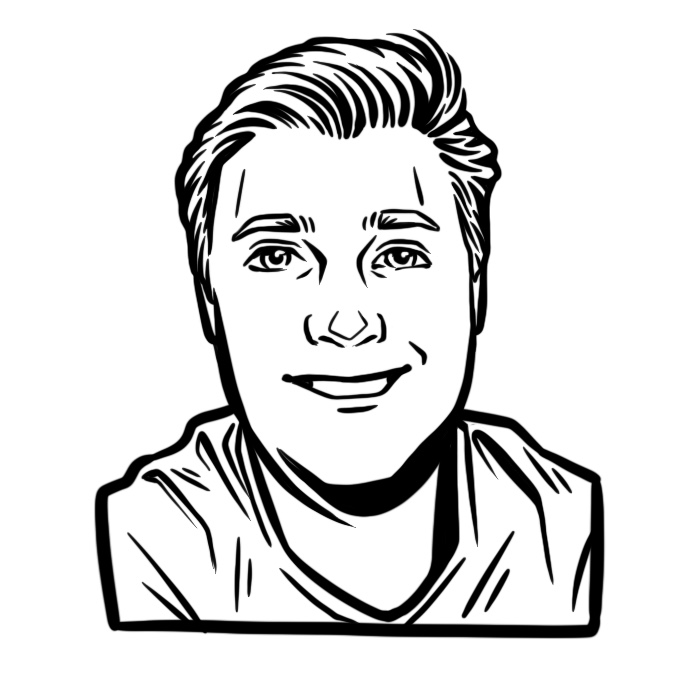 Many companies had to pivot and even rethink their business strategies in 2020. For instance, the pandemic shut down theme parks and cruise lines, two sectors that comprised the bulk of Edco's wholesale customers. While the past year has been difficult, Vifquain and his team turned the challenge into an opportunity to pursue new markets.

“We had a very strong balance sheet going into the pandemic, with great vendor and customer relationships, and that really prepared us—unknowingly—for the pandemic," Vifquain said.

With demand from his existing customers dried up, he and his team began designing jewelry lines for at-home workout brands and large chain stores. "Some are old relationships we'd done business with in the past, and others are new," he said.

The focus on new markets is “going well, but we're not where we need to be yet," Vifquain said. However, the sales to new customers will build a healthier balance sheet now and into the future.

“After cruise ships and theme parks all come back, we'll be a stronger, more diversified company," he said.

New York-based ICC Chemical Corp. is “an old-line company with a lot of legacy people" who held the general belief that “if you're not at the office, you're not working," said Frank Musto, vice president of finance and administration and the firm's treasurer. But when an employee who'd been in the office tested positive for COVID-19 in March 2020, ICC sent everyone home to work remotely.

Much of the work ICC employees do is still paper-based, signing paper checks and forms in ink and delivering important shipping documents via courier. But employees took home as many files as they could to continue working, and a year later they still haven't returned to the office.

With employees scattered across the New York City suburbs, the company's IT staffer traveled to each employee's home to set them up for remote work.

“We will eventually get back to the office, but I don't think we'll ever go back to the mindset that you're not working unless you're at the office." 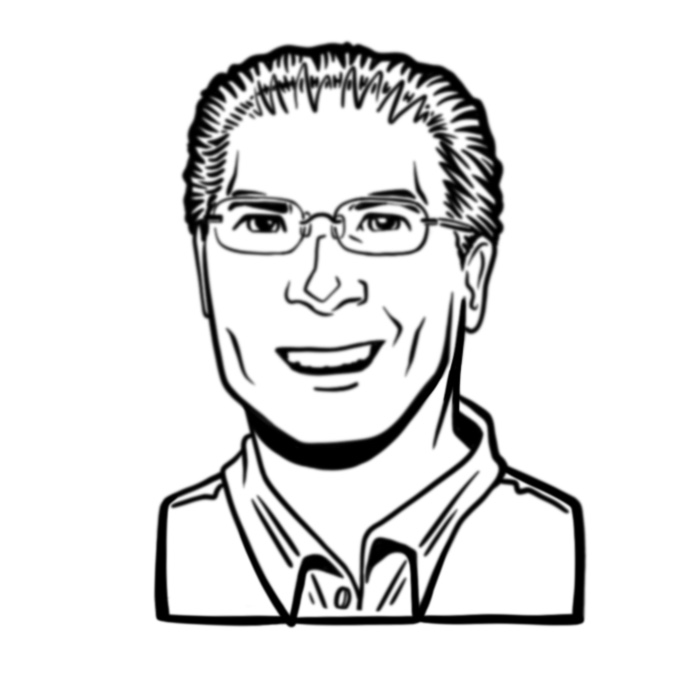 “Documentation is key in getting goods sent around the world, and there was a fear of losing title documents if we had them sent to people's homes, but we had no choice," Musto said. “We communicated with shipping companies and other partners and they understood. Within seven to 10 days, we were all set up and working."

The forced move to remote work has been eye-opening for ICC. “We learned that we can survive and do extremely well without an office," Musto said.

The remote work-revelation is now paving the way for the company's future growth. While ICC leaders had long wanted to hire more commodity chemical traders, they had been unable to find professionals with the necessary expertise in the New York area.

“The pandemic has shown us that if we want to expand the business, we don't have to have people in New York - we can hire remotely," Musto said. “Our senior management has recognized that building the business doesn't have to be confined to a physical location."

At Edco, working via videoconference has also become increasingly important. Before the pandemic, “we were always hopping on airplanes and going to see customers," Vifquain said. “I haven't been on a plane in a year. I don't think in-person business will be replaced, but we've learned we're able to accomplish what we need to do remotely. It's actually quicker for product approvals. We can show the product right on the screen, and we end up having more frequent, shorter meetings with customers."

In the face of cancelled orders and falling prices, international businesses have scrambled to find ways to improve their cash positions.

For example, early in the pandemic, ICC had a considerable amount of product sales to India that generated large receivables from Indian customers. Then the Indian government shut down the country. “Banks shut down there, and there was no way to get information in or out of the country," Musto said.

With so much money due from India, we had to assess our forward cash position and undertook a stress test on cash, looking at a number of different scenarios, such as no sales for one month or two months, or writing off 50 percent or even 100 percent of its debt from India.

After looking at each scenario realistically, ICC leaders decided the company had the financial resources to run for one year or longer under a worst-case scenario.

With this knowledge providing comfort, ICC shifted every employee into cash-collection mode, Musto said. With no orders coming in, every staff member focused on collections almost exclusively. By July 2020, ICC had collected 95 percent of the funds due from India.

“We did it through persistence and long-term relationships," Musto said. “We are an established company and a consistent source of supply, so our customers knew that if they supported us, we'd be there to support them later."

To avoid a similar situation moving forward, ICC is working to tighten the credit it extends to its customers.

Asking customers to have letters of credit confirmed by a U.S. bank is tricky, but most customers understand and are willing to make the change, Musto said.

“It depends on the relationship," he said. "We're not trying to penalize the customer - we just want to make them understand where we're coming from. Because they need the product, customers are willing to make the change."

But other businesses had to look for new methods of keeping their balance sheets strong, Bash said.

The Fresh Connection, for instance, uses a line of credit to purchase products. Others have turned to supply chain finance, which uses a company's credit capacity to pay suppliers quickly at an interest rate that is lower for the suppliers, Bash said.

Global companies also are tweaking their operations to power through the pandemic and beyond.

"Having versatility and diversity in our business has allowed us to prevail through this pandemic, and much of our success would not be possible without our relationships." 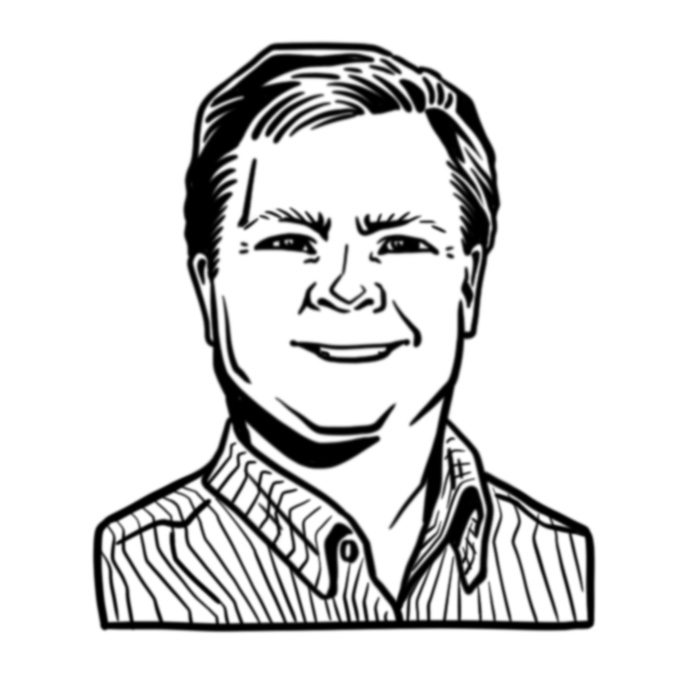 Edco, for instance, developed a valuable cash forecasting tool internally that has been helpful in planning for the near and long-term future, Vifquain said. The tool takes into account outgoing shipments and projected receivables, tied into historical payment timing from customers, as well as everyday business expenses.

While Vifquain was rarely concerned about cash flow before the pandemic, checking his company's cash forecast is now part of his daily routine, he said.

Agriculture is “way behind the curve" in technology, because the product goes through so many touchpoints from the grower to the grocer, Miller said. But the logistics of shipping are becoming more automated, such as booking space on a ship.

Even before the pandemic, The Fresh Connection shipped not only from California and Washington state but also from Peru, Australia and South Africa.

Global trade is recovering, like much of the economy. But some effects of the pandemic linger. Manufacturers report delays in getting supplies to produce their products, shipping containers are in short supply and transportation logistics networks are not yet fully repaired, reports The Wall Street Journal.

Bash believes those consequences are likely to smooth out in the coming months, but other effects of the pandemic—such as having contingency plans that can be activated in short order, new waysplans and new ways of working—are likely to endure. As old-line companies like ICC Chemical embrace the benefits of working remotely, and companies like Edco maximize online meetings in lieu of constant global travel, international businesses are poised to cut costs and work smarter as they move beyond the pandemic.