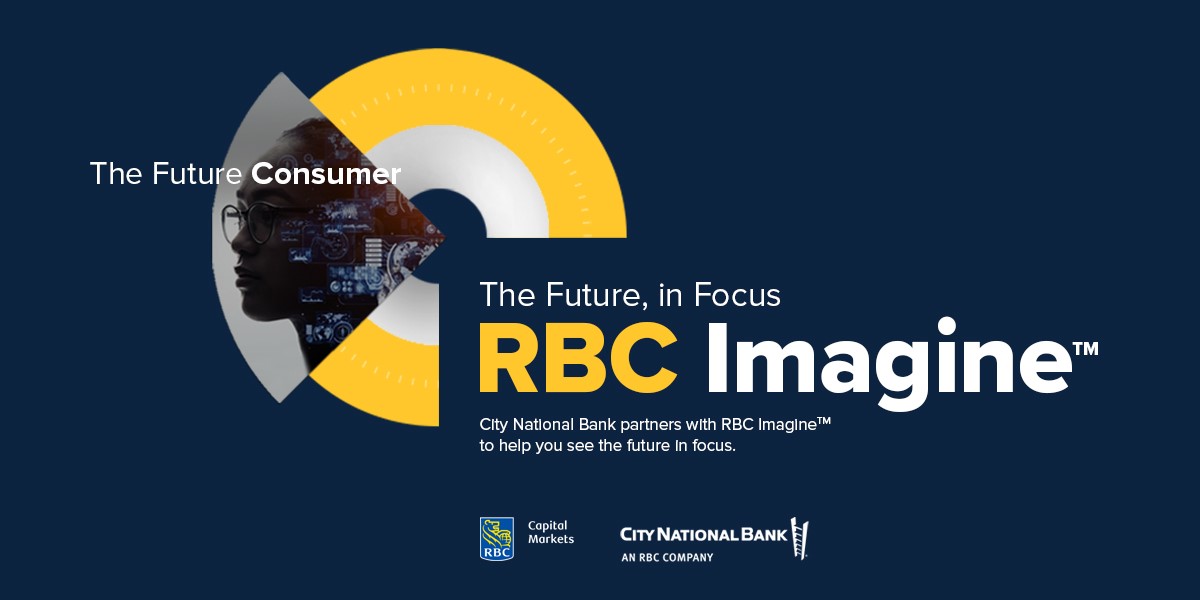 RBC Imagine is a global research initiative that helps you see the change drivers of tomorrow to sharpen your business thinking today. This unique platform uncovers transformational trends that will reshape our world, pinpointing their impact on key industries.

For more in-depth research into the future of industries, visit RBC Imagine

In 2019, when we imagined what the consumer would look like in 2025, we flagged some key themes that would shape the sector in the future. Escalating uncertainties, collective action, an agility imperative, more cloud migration and the calibrated and augmented self were all aspects of the future consumer. But nobody could have foreseen the extreme level to which global uncertainty played out, with a worldwide pandemic that has accelerated all the other trends into the creation of the Informed Consumer.

Much of the focus on pandemic trends such as growth in online shopping and widespread remote working has been on the immediate aftermath – how many of these new behaviors will stick? But now it’s time to look beyond that and ask what the consumer will look like when this is all over. We believe that the normalization of scientific conversation through the pandemic, coupled with consumers’ growing interest in knowledge about themselves, will lead to a consumer that wants more knowledge about the products they’re buying. This will allow products to evolve out of settings like hospitals and professional athletics into the consumer space. Advancing innovations will see companies commercializing technology that’s already been developed in one setting, such as medicine, or even start to be the first to innovate their own products.

From Medical to Me

Customization and personalization were key trends in our first Imagine 2025 Consumer report. The next evolution of “from mass to me” is “from medical to me.” Thirty years ago, people were learning the ins and outs of DNA in courtrooms, now we are testing our own at home to find out our ancestral makeup and which foods we should be eating. Consumers are not only less put off by deeper scientific knowledge, they’re actively embracing it.

At the same time, they’re becoming increasingly focused on their own health and wellbeing and the ability to diagnose and augment that health using wearables and data. If we think about the finger pulse oximeter, which measures blood oxygen saturation, we can see a clear evolution. This technology was originally developed in the 1930s, but not commercialized until the 1970s in Japan and the 1980s in the US. They became a staple in hospitals, are now considered a vital sign for doctors. As the technology advanced, portable battery-operated versions could be bought at pharmacies and drugstores, although demand wasn’t high until the pandemic. When global healthcare officials informed citizens that low pulse ox was a sign of COVID-19, sales of pulse oximeters skyrocketed more than 2000%.

But soon, there may be no need for these as separate devices at all. Apple and Samsung smart watches, for example, already feature pulse ox monitoring. While manufacturers’ notes caution about accuracy and reliability, this will only improve over time.

Similar evolutions are happening with continuous glucose monitors (CGMs), originally developed to monitor diabetes, but now used commercially to show consumers how their bodies respond to food, sleep, exercise, and stress in real time, along with nutrition guidance. Smart toothbrushes currently tell us how well we’re brushing our teeth, but they may one day be able to analyze saliva for various health markers. A Stanford radiologist has spent the better part of two decades developing a smart toilet with the goal of flagging signs of cancers and other illnesses.

From Performance to Personal

We’ve already seen from the development of ancestry kits from DNA that the end-product doesn’t necessarily need medical value to attract consumer attention. That’s particularly true in the marriage of the medical with fitness and wellbeing. Technologies that were first developed to support elite athletes are now moving into the mainstream.

Performance-tracking garments, for example, are already available as underwear, sports bras or wearable bands to measure various vitals and monitor performance remotely. It’s easy to see a future where this use is expanded to monitor the elderly, supporting them to live independently while ensuring that help can be dispatched quickly if anything happens.

Imagine if these technologies were already ubiquitous and worn by the masses when the pandemic hit. We could have been much less worried about elderly family members or those living alone if such monitoring garments were already being used in the home. Medical professionals could even have monitored more of our vitals remotely, sending ambulances when needed rather than waiting for us to determine whether we were sick enough to call.

Knowledge Is Power, Not TMI

Coming out of the pandemic, consumers are more likely to want to be informed and they’re not afraid to get into the nitty-gritty of the science. This new informed consumer will look for advanced technologies to either enhance user experience or diagnostics. The consumer space can sit at the end of the evolutionary chain, adapting these technologies as they come through medicine or athletics. Or they have the opportunity to start innovating their own data-driven products to meet the consumer demand.

This content is based on information and analysis from RBC Imagine – Preparing for Hyperdrive, a landmark report authored by RBC Capital Markets’ Global Research team. Highlights from this report were published in March 2022 and the full report was originally published on November 18, 2021. Please visit RBC Imagine to learn more and download the report.