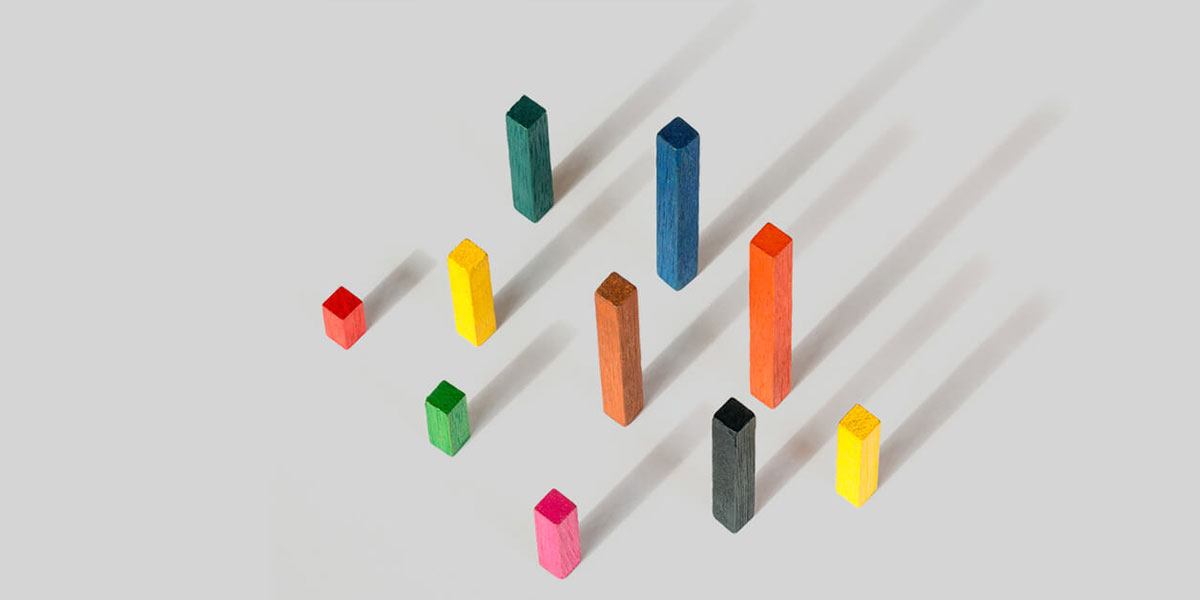 Despite the significant legal and social strides that LGBTQ+ Americans have made over the past decades, lesbian, gay, bisexual, transgender and queer employees continue to struggle with workplace discrimination and worries over disclosing their orientation or identity.

"By allowing your employees to be who they are, you open up everyone's potential," said Mark Morales, equal rights advocate and Small Business Administration loan specialist at City National. He also promotes supplier diversity at the bank.

"When a company allows its employees to bring their 'true selves' to work, that company also reaps the benefit of having employees who are engaged in communities it might not reach otherwise," he added. "It creates an active network."

Any business can take steps to develop a diverse, welcoming and supportive environment. Here are several tips for businesses aiming to better support their LGBTQ+ team members in the workplace and beyond.

Start at the Top

Businesses large and small generally work with three groups — employees, customers and suppliers. It's important to address all three "to show that you're an inclusive company from top to bottom," Morales said.

In large corporations, different departments may work with each of these constituencies. Companies need to connect all these efforts through the boardroom, which often is "the most difficult place for inclusivity. Most boards are still older white males," he said.

"Things are much more dynamic when you have diversity," he added, noting that research indicates firms with more diverse boards and executive leadership overall tend to perform better. McKinsey has found that companies with more gender and ethnic diversity among executives were more likely to outperform their peers financially.

“It's measurable. There are all kinds of studies out there that talk about this. And yet there's still resistance," Morales said.

In a small business, the owner sets the tone, he said, noting there are many low-cost ways to engage with the community and signal a commitment to diversity.

Let your employees know where you stand on inclusion. "You have to write it down and put it in your handbooks," Morales said.

Organizations such as the National LGBT Chamber of Commerce offer resources to help businesses write anti-discrimination policies and incorporate gender-neutral language. "You don't have to create everything from scratch," said Morales, president emeritus of the organization's Los Angeles affiliate.

An LGBTQ+ policy guide, Beyond Diversity, produced by Pride at Work Canada and global nonprofit Great Place to Work, notes that it is preferable to use "they" as a singular gender-neutral pronoun rather than "he" and "she," as it simplifies written policies and encompasses employees who don't identify as a man or a woman.

You can't simply set a policy and forget it, however, if you aim to truly develop a more inclusive workplace culture. Explain policies and procedures to every employee through company-wide diversity and inclusion training, with tailored lessons for managers.

"When you put together policies you have to make sure they're followed," Morales said. “It's about putting it in writing and doing what you say."

Employers can demonstrate their support by offering benefits that meet LGBTQ+ employees' needs, including health insurance for same-sex partners — even if they're not married.

"City National was the first company I ever worked for where I could put my husband on my health plan as my spouse. That's a pretty powerful thing. I was pleasantly surprised that I was able to do that," said Morales. "To be able to put him on my plan, that was huge."

The most inclusive workplaces offer coverage for treatments that LGBTQ+ employees may need, such as HIV and AIDS healthcare, and transition-related expenses, the Beyond Diversity guide reports.

Reach Out and Listen

Even companies without big budgets can engage with employees and community members, build relationships and establish themselves as inclusive.

Visit the local LGBTQ+ chamber and ask how you can help, Morales suggested. Corporate leaders and small business owners alike can participate in an AIDS walk, volunteer with LGBTQ+ organizations, donate the use of space for group events, or mentor students or aspiring entrepreneurs.

"And listen to your employees," Morales added, recalling the powerful experience of a City National colleague listening session that was held after George Floyd's murder in 2020.

As African-American colleagues shared their experiences, “I listened to their stories and I was just floored," he said. “I consider myself fairly enlightened; it was jaw-dropping. I didn't even know what to say and it took me a while to recover from it."

By engaging with employees and the wider community, and empowering employees to engage with executive leadership, a company can build credibility and trust and create synergy between different groups.

Whether it's paper, office furniture, computers, printing or catering, every business needs supplies and services. Leaders can support LGBTQ+ businesses by including them in the supply chain.

"Is your supply chain diverse? Are you supporting your own communities or are you just going to a big box store?" Morales asked. Instead of going to a ubiquitous catering chain to order up a work lunch every time, he suggested, consider a local African-American, Asian or LGBTQ+ business.

City National, Morales noted, sponsors various events to engage with diverse suppliers. And every certifying body holds its own events.

Since Morales joined the task force in 2015, the department has boosted its spending with certified LGBTQ+ business enterprises in the state by millions of dollars, he said, citing his experience as an example of what even one advocate can do. "The impact to our community has been huge." he said.

Voluntary employee resource groups based on gender, race or other common backgrounds can provide social engagement and a way for workers to advocate for greater diversity and advancement opportunities, the Beyond Diversity guide notes.

The employee group hasn't felt the need to hold networking events in-house for LGBTQ+ colleagues, Piecuch said, because everyone at work feels comfortable and gets along. "We're able to live kind of openly and honestly with our colleagues," he said. Serving clients in the entertainment industry, employees can succeed better if they're open with their lives at work and outside the bank, Piecuch said.

“Most of our clients are open and out about things," he said.

Companies need to lead by example, starting at the top, by opening lines of communication with employees without fear of retribution, “treating everyone equally both publicly and privately and just being consistent," Piecuch said.

Smaller companies may not have big training budgets but can start by showing respect, such as not denigrating employees' use of particular pronouns to describe themselves, and integrating that behavior into the office culture, he said.

Companies in certain industries might risk negative consequences if they're vocally supportive of LGBTQ+ communities on social media and may need to balance their desire for diversity with safety and business survival, Piecuch said. “It's a delicate balance but I think overall people should be out and they should be supportive where they can."

Overall, Piecuch believes the corporate world is leading change on many fronts. "I think commerce will move faster than some public policy," he said.