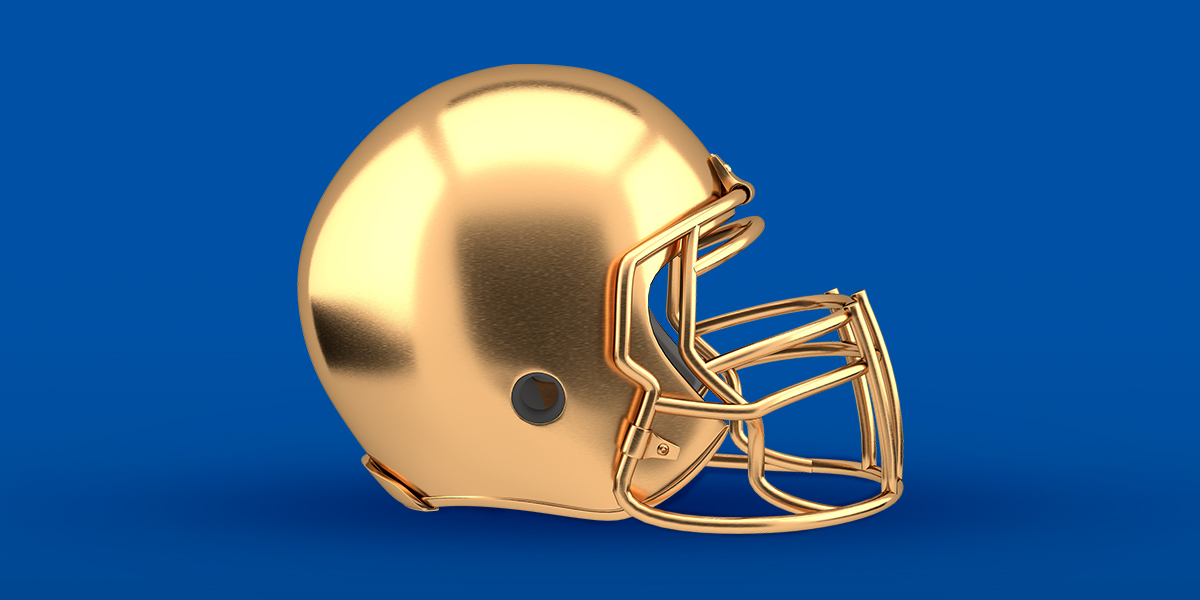 Like most NFL players, Greg Olsen spent his life preparing for a football career. The son of a high school football coach in New Jersey, Olsen spent his formative years around sports. As a first-round draft pick in 2007, Olsen built a long and illustrious NFL career as a tight end in Chicago, Charlotte and Seattle, completing 742 career receptions, 8,683 receiving yards and 60 career touchdowns.

It was easy for Olsen to find his identity in football. But since he retired in 2021 after 14 seasons in the NFL, Olsen has made it clear that he is much more than just a football player. Though he has stopped playing football, he hasn't left the business — Olsen has become a familiar voice for fans as a Fox Sports broadcaster, an entrepreneur and a philanthropist.

Moving from the field to the broadcast booth was a priority for Olsen, who understands that not all NFL players find themselves transitioning into a new career after hanging up their cleats.

“There's no other career besides sports that you literally spend your entire life, from first or second grade, preparing for, and then suddenly, in your 30s, you're just done," Olsen told Todd Burach, senior vice president in City National Bank's Sports and Entertainment Division. “It's not surprising that a lot of guys struggle with retirement because the sport is their identity; it's how they see themselves and how the world sees them. Making a career change is significant and life altering."

Here's a look at the new paths Olsen is pursuing post-football, and the strategies that he believes have helped him successfully transition his career.

Having a Plan After a Sports Career

Even when a person has spent much of their lives playing and perfecting a sport, they are more than “just" an athlete, Olsen clarified. And he is an example of an elite athlete who has found a way to parlay his athletic success into successful business roles.

After about 10 years in the NFL, Olsen started calling games for Fox Sports during his team's bye weeks. Those occasional opportunities gave Olsen his first taste of broadcasting.

When Olsen was ready to retire from football four years later, Fox offered him a full-time job. The experience he gained while still playing was vital for transitioning into full-time broadcasting upon retirement, but Olsen says he always prioritized football first.

“Football was my Plan A, Plan B and Plan C, and my other activities were if I had time and energy after that. They never took precedence over football," he said. “I tell young guys to focus on being a great football player first. That requires all your focus and energy. If you can find other ways to open doors while you're playing to set you up for a better post-career, by all means, you should do it."

Olsen suggests that athletes focus on their playing careers and families first, and then take every opportunity to open the door to new ventures when possible. He also recommends that all athletes find the right advisors to help them guide their success both on the field and off it.

"You got a lot of money because you played football, that's the starting point," Olsen commented. "There is a learning curve now to enter into these other industries. So let's make sure that we take our time and enter into these with the right people, the right guidance and the right education so you don't get yourself in trouble."

He remarked that as his career and life circumstance evolved, so did how he needed to approach his finances. Olsen counts on the teams at City National and Socius Family Office to provide financial services with a personal touch.

“There's been an educational component along the way; they're always available for calls or texts," Olsen said. “I might see a news story online and I'll just send it and ask if this will affect us, and my advisors will always take time to explain whether it will and why. It's like an ongoing education on how to be an adult, from figuring out what to do with a signing bonus as a rookie to talking about estate planning and tax preparation when getting ready to retire."

Using On-Field Experience as an Entrepreneur

Sports broadcasting isn't the only thing Olsen pivoted to after his playing career. He has also co-founded a podcasting company, Audiorama, and launched Youth Inc., a podcast focused on the changing world of youth sports.

Rather than launching a podcast on an existing network, Olsen was drawn to the idea of owning the platform. “It's been fun and challenging but it's exciting to build a framework to house not only my show but other shows as well," he said.

Although Audiorama represents Olsen's first experience as a business owner, he learned a lot about business during his time in the NFL, listening to others and his own experiences.

At times, some of those lessons were difficult.

For example, after Olsen had been playing for the Chicago Bears for four years, he and his wife were settled in the community and had just welcomed their first son. Six weeks later, the Bears traded Olsen to the Charlotte Panthers for a third-round draft pick.

“That was my first experience of learning that the NFL is a cutthroat business," Olsen says. “They don't care about people's feelings. Things happen fast, it's out of your control, and you've got to roll with the punches. But I learned that as long as I knew the rules, I could play by them."

Philanthropy as a Retired Athlete

In addition to his business endeavors, Olsen is also making a difference for others by running a charitable foundation. And just as with his career decisions, Olsen's philanthropy was influenced by his real-life experiences.

After the Olsens' second son was born with a rare congenital heart condition, the couple became increasingly committed to helping make the best care available for all families facing similar struggles. Olsen and his wife founded Receptions for Research: the Greg Olsen Foundation, a nonprofit focused on helping those affected by various forms of cancer and congenital heart disease.

The foundation has raised more than $5 million and has recently opened a pediatric heart center at Charlotte's Atrium Health Levine Children's Hospital.

“Running a foundation is hard," Olsen said. “If you don't love the cause, you're better off giving your money to someone else and letting them manage it. But for us, we're passionate about what we're doing. We want every family dealing with congenital heart conditions to be eligible for the care that our son has received."