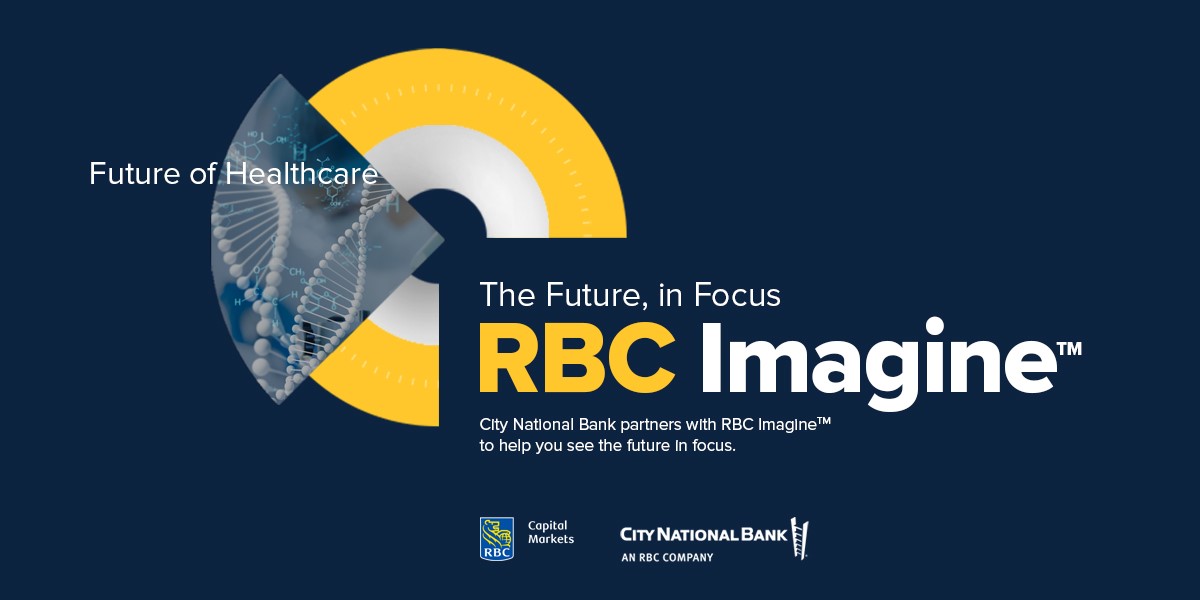 RBC Imagine is a global research initiative and insights platform keeping you informed and in front of the disruptive forces transforming our world.

For more in-depth research into the future of industries, visit RBC Imagine.

While within the biopharma fold, innovation and new treatments like gene editing are driving growth and investment, external forces threaten to disrupt the sector and cause long-term impacts.

No sector is immune from the current economic climate and there are a number of ways biopharma could be affected. Perhaps most disruptive is the interruption to supply chains, which could hamper access to life-saving treatments. Already, we’re seeing long waitlists run by physicians using CAR-T to treat multiple myeloma.

The reopening of the economy following the pandemic stressed global supply chains and created a need for companies to adapt with various measures, a reversal of just-in-time logistics, and updated inventory management among other things.

So far, there hasn’t been as large an impact in biopharma as in other sectors, such as those relying on semiconductors. However, current events are making the situation worse.

The war in Ukraine has contributed to inflation, which may continue to impact operating costs for companies as prices of inputs, including energy and labor, increase. Monetary policy measures to combat that inflation have raised the cost of capital, which is a headwind for many pre-commercial, growth-stage companies. Meanwhile, continued rhetoric on China and the potential for more chilled relations could slow R&D collaboration and/or human capital mobility, although at the time of writing, cross-border collaborations have continued and training visas remain available.

There are still elements that may mitigate this disruption, the most obvious being a dialling back of hostilities in Ukraine or a thawing of US/China relations. Biopharma stocks are also less impacted by inflation and may increasingly be seen as a defensive pick for investors. And the pandemic has spurred a trend for near and onshoring that may now be embraced and accelerated.

Back at home in the US, Democrats were able to push through a prescription drug cost-cutting plan as part of the Inflation Reduction Act of 2022. This should impact big pharma, but is also likely to have trickle-down effects in biotech. The bill has numerous exceptions and exclusions, including for rare disease drugs and biotech companies with single products, and contains a graded discount system based on time on market.

There are also many variables difficult to predict, including the U.S. Department of Health and Human Services’ (HHS) discretion in which drugs are negotiated, how exemptions may be applied and to what extent the less permissive pricing environment overall could empower other payers to push back more on drug prices. That said, the impacts are likely to be tangible, but manageable, for most companies depending on their level of Medicare exposure.

Even though negotiated pricing would not begin until 2026, biotechs have far fewer drugs impacting Medicare budgets versus pharmas and there are carve-outs for small biotechs. The 25-60% discounts for legacy products could incrementally erode out-year revenue for companies with relatively high Medicare exposure. They could also usher in a more cost-sensitive milieu across both public and private payers, though the impact should generally be manageable.

Along with new pricing policy, biopharma is also subject to a number of other potential regulatory and legal disruptors. Most pertinent is the increased scrutiny around drugs approved through the accelerated approval process. There are changes to the process being mooted – including pathways for revocation, pricing restrictions, and/or mandatory timeframes for confirmatory trials – that could increase development and revenue tail risk.

The commercial experience to date with drugs such as Aduhelm and Exondys 51 indicates that agencies and payers may not align behind an accelerated approval, leaving multiple hurdles for the biotech firm to clear even when it hits the market. However, it’s possible that this commercial pushback is an isolated issue related to these drugs specifically.

The biotech sector is also likely to impacted by global moves to change to a 15% minimum tax rate, which will have a modest negative impact on medium-term EPS for larger-cap, profitable companies. While the commitment has already overcome a number of hurdles, in the US, the reform could still be rolled back if Republicans secure Congress, and in the EU, holdouts including Hungary are still arguing the toss.

4. The disruptive power of innovation

There is still a powerful driver at the heart of the biopharma industry – the level of innovation and new treatments in the pipeline. As we’ve noted before, in vivo gene editing holds the promise of targeting and correcting mutations that drive rare and genetic diseases, cancers, and some infectious diseases with high durability and efficiency, and that promise edges ever closer to realization. The second half of this year and early 2023 will see some key data releases to watch, while earlier trials have shown positive results in rare heart and liver diseases.

Outside of gene editing, there are innovations in HIV that could offer an oral combination to cure 1.2 million Americans, as well as a vaccine that could eradicate the disease entirely. In Alzheimer’s, an easy-to-administer, cost-effective and safe treatment for six million Americans is tantalizingly close, with promising research from a number of biotech firms.