How to Teach Your Children Philanthropy 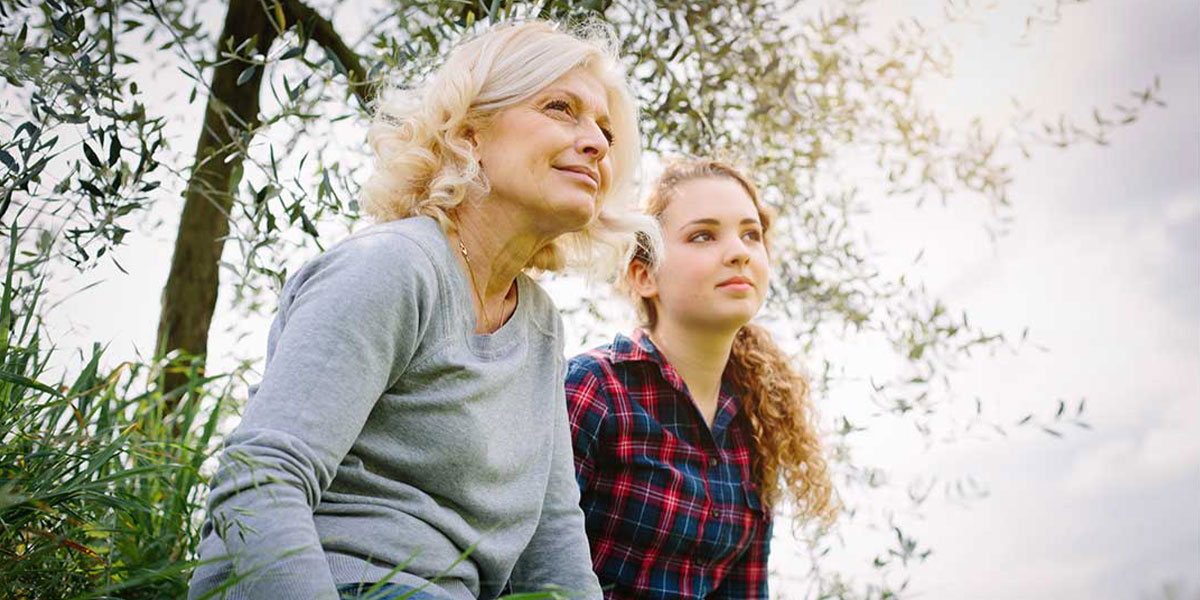 The approximately 40 kids who are part of the fourth generation of the Lawrence Welk family start learning about giving to others at around age 5.

“One of my cousins adopted a child from China and we all wanted to do something to support the adoption agency," said Lisa Parker, president of the Lawrence Welk Family Foundation and granddaughter of band leader Lawrence Welk, who hosted TV's The Lawrence Welk Show from 1951 to 1982.

“There was a baby there who had a cleft palate, which the agency said made her unadoptable. We set up a mason jar with a photo of the baby for the kids to save their change to pay for an operation."

Soon, the kids' friends began donating their money – one 14-year-old relative donated $400 he had saved over several months.

“The kids raised $1,200 and, as a surprise, the family foundation matched that and another board member also matched it, so several surgeries were covered," said Parker.

The Welk family's inclination to expose its younger members to philanthropy as early as possible is a model that can work well for other affluent families.

Shirley Fredericks, Welk's daughter and Parker's mother, attended Catholic schools as a child and observed her parents helping people in their community.

“In high school, we visited inner-city families to help them, and that experience fueled my passion for social justice," said Fredericks, who became the president of the Lawrence Welk Family Foundation in 1980. Her daughter followed her into that role beginning in 1997. Both women and the extended Welk clan believe strongly in kids getting a first-hand look at what philanthropy can accomplish.

“You can talk at kids for years and not make a single dent," said Joline Godfrey, author of "Raising Financially Fit Kids" and founder of The Unexpected Table, a real and virtual gathering place for exploring issues of thriving families.

“Parents who go out with their kids and actually engage with people and projects – building a house for Habitat for Humanity, serving up food after a harrowing fire, getting involved with the myriad social service organizations sputtering along in any city – is one way. Engaging kids in the real events of the day is another."

One family Godfrey met took their three children to Haiti, where they worked with a missionary group and stayed in a hostel.

“Those kids were dealing with some of the hardest problems people face and they came back changed," said Godfrey. “The trip became a reference point for them for their entire lives."

Parker also has a vivid memory from a site visit during her childhood.

“We went to the Boyle Heights church in Los Angeles where Father Greg Boyle opened the church to homeless men and migrant workers to give them a place to sleep and an address they could use to get services," said Parker. “Father Boyle moved me so much because he spoke about the dignity of giving someone a place to live. Front-line people like him are superheroes to me."

The Welk family provided funds for numerous efforts in Boyle Heights, such as helping Father Boyle open Homeboy Bakery, a nonprofit where gang members bake and sell bread together in an effort to reduce violence.

Fredericks always made it a point to bring family members to the community to instill a visceral sense of its needs and what was being done to help people.

“Training kids to think critically, do due diligence as a life practice, to question and seek out multiple points of view is how you teach them to invest prudently, use credit wisely, spend judiciously and give wisely," said Godfrey.

“Modeling is not enough. Inclusion from an early age is important. I know it's tempting to 'protect' children from life's harsher side. But parents who engage with solving a town's, a state's or the world's great challenges should invite their kids to join them in the process and not withhold the value of the experience."

The Welk family has an annual gathering it calls “Cuzapalooza" – a combination of family reunion and philanthropy camp that several dozen family members attend.

“That's how we engage a lot of family members because we expose everyone, including the kids, to all types of causes and talk about giving money, raising money, volunteering and going on site visits," said Parker.

The Welk Family Foundation takes an innovative approach to encourage participation by Welk's grandchildren and great-grandchildren.

“People sometimes forget the connection between wanting their kids to learn to be giving and developing an appropriate governance system," said Godfrey.

“It's important to understand that different generations may not share the same interests, so you want to avoid top-down governance of a foundation focused on one mission. To engage the younger generation, you need to give them a voice."

The mission of the Welk Family Foundation, said Fredericks, is to assist families living in poverty and to help lift them out of poverty by supporting community leaders and grassroots organizations.

“We really wanted to promote youth philanthropy too, so in 1983, our family foundation became the first organization to establish a junior board for my kids, my nieces and nephews, all in their teens or early 20s, to expose them to the work of the foundation," said Fredericks.

The junior board, now comprising the fourth generation of Welks, attends the family foundation meetings to learn about the groups and programs being funded and see programs in person, said Parker.

“The junior board was originally meant for teens and then we lowered the age to 10," said Fredericks. “But then two 7-year-olds talked their way in and now they're on the board."

The junior board votes on how to spend its own budget, which is 10 percent of the full foundation's annual budget. Over the decades, the junior board has given to organizations that help with issues such as AIDS, the environment, the Cambodian Children's Fund, a Romanian orphanage, local children's hospitals and rescuing child soldiers in Africa.

“Many foundations are established for a specific mission, but issues change over time," said Fredericks. “My father wouldn't have known about some of the problems that the younger generation wants to help solve. Flexibility in the foundation is important."

The Welk Family Foundation consistently reevaluates its priorities and votes on which causes to support. And if a board member volunteers time or donates personal money to a cause, the foundation will typically provide an additional donation.

“We celebrate our kids meeting physical and intellectual benchmarks, but I crave benchmarks about compassion and generosity," said Parker. “It's never too early to start teaching kids about giving and we try to make giving fun, relevant and simple for them."