2021 Economic and Investment Series: Looking Ahead with Ben Bernanke and Russell Goldsmith 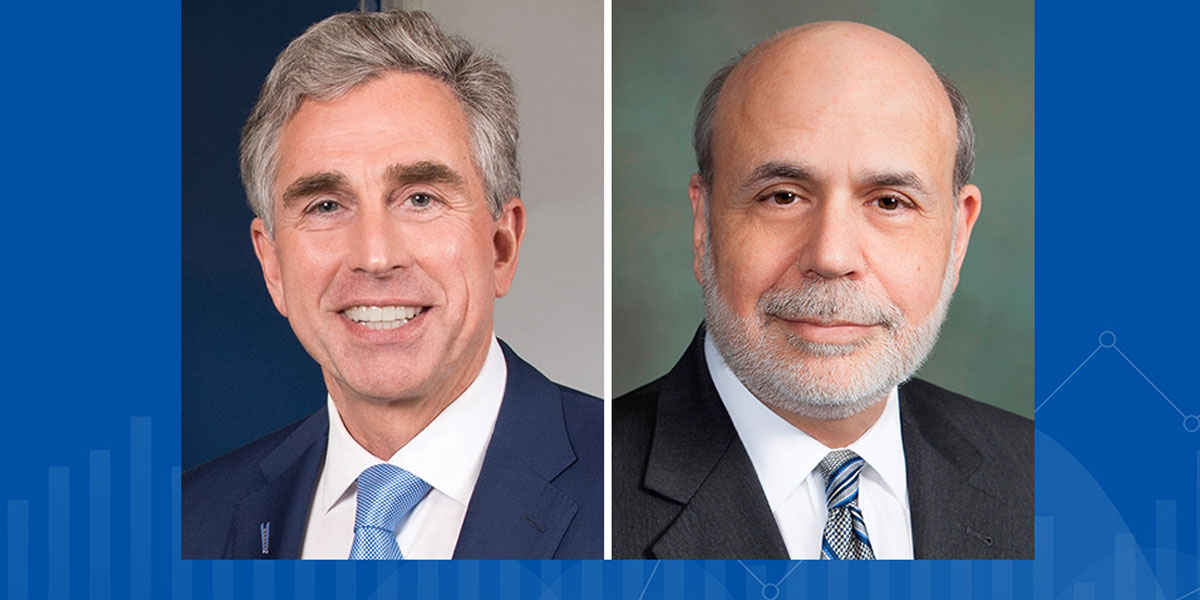 Welcome to the finale of our 2021 Economic and Investment Series, hosted by Russell Goldsmith, City National Bank and RBC Wealth Management-U.S. Chairman. Goldsmith welcomed Dr. Ben Bernanke to hear his perspectives on current financial topics for this edition of the series.

In the highlights below, Goldsmith and Bernanke discuss the nation's labor shortage, cryptocurrencies and the global economy's post-pandemic recovery.

Who Is Ben Bernanke?

For many, Ben Bernanke needs little introduction. He's a Distinguished Fellow in Residence with the Economic Studies Program at the Brookings Institution. Bernanke served as the 14th Chair of the Federal Reserve between 2006 and 2014 under Presidents George W. Bush and Barack Obama. He's known for guiding the country – and the world – through the economic crisis of 2008, a feat that earned him recognition as Time's Person of the Year in 2009.

Part I: Why Is There a Labor Shortage?

Bernanke theorizes why U.S. companies struggle to find workers despite higher-than-expected unemployment numbers. He believes this problem is partially due to workers who emerge from the pandemic taking time to rethink their life choices, family arrangements and economic goals. Watch the clip below to hear Bernanke's opinion on the situation.

As the world continues to be surprised by the financial peaks and valleys associated with cryptocurrencies such as Bitcoin, Goldsmith asks Bernanke for his take on the viability of these currencies.

While Bernanke is skeptical about the ability of current cryptocurrencies to replace traditional transaction mediums, he has a positive outlook for digital currencies from central banks. He thinks this option – which the Federal Reserve is currently debating – can potentially serve as a replacement for traditional currency. Watch the clip below for Bernanke's take on crypto.

Goldsmith asks about where the world economy is heading, and Bernanke states that everything is contingent on vaccinations and defeating COVID-19. He also asserts that each country's monetary and fiscal response to the pandemic is the second most important factor for recovery. Watch the clip below to find out how Bernanke views the current economic paths of Europe, Asia and the United States.

The opinions expressed in this presentation are solely the speakers' personal views and do not represent the views and opinions of City National Bank.

This video is for general information and education only and is provided as a courtesy to the clients and friends of City National Bank. It is compiled from data and sources believed to be reliable, however City National Bank does not warrant that it is accurate or complete. Opinions expressed and estimates given are those of the speaker as of the first release date of the video with no obligation to update or notify of inaccuracy or change.

These videos may not be reproduced, distributed or further published by any person without the written consent of City National. Please cite source when quoting.