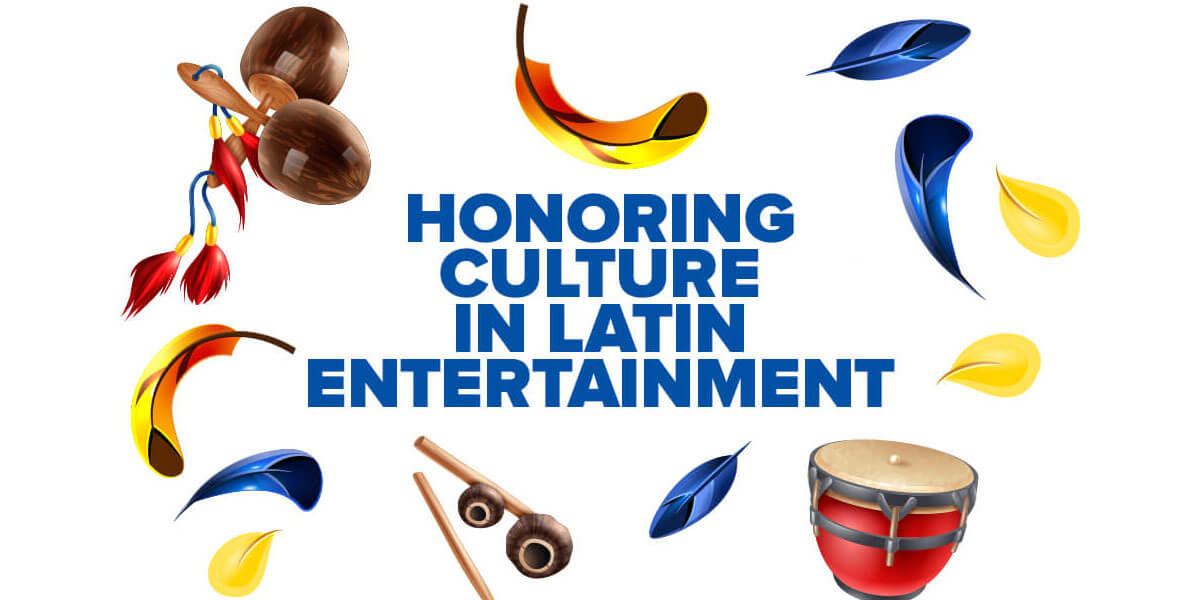 Historically, the Latino community has been underrepresented on the big screen.

A study conducted by the USC Annenberg Inclusion Initiative examined 1,300 popular U.S. films from 2007 to 2019. It found that only 5% of the characters in the films identified as Latino or Hispanic.

Yet, despite these discouraging statistics, recent explosive growth in the Latin entertainment industry shows that consumers are more ready than ever to embrace inclusive, representative media and entertainment.

According to the Recording Industry Association of America, revenue in the Latin music industry grew 37% in the first half of 2021. Tracking this growth has been possible thanks in part to the rise of music streaming platforms.

Leila Cobo, vice president and Latin industry lead for Billboard, explained this in an interview. “Prior to streaming, we really couldn't quantify properly the value of Latin music, and the Latin music consumer, and how much the music was consumed," she said.

Rodrigo Nieto-Galvis, vice president and team lead at CN Bank¹ in Miami, noted that the once-niche Latin music market is now reaching a wider audience. He and the bank's Latin Entertainment Banking team work to meet the unique needs of this industry.

“During the last seven years, the market of Latin music has moved from targeting some Latin countries and U.S. Hispanic populations to becoming a worldwide movement," Nieto-Galvis said.

The Latin Experience in TV and Film

While the Latin music industry is expanding, the Latin television and film business is changing the way it approaches culture. This means providing vital attention to diversity and appreciation for inclusion.

For instance, David Acosta, senior vice president at City National said, “What speaks to Latino culture is a culture of value, trust and family. The Latino experience is pretty diverse these days, it's evolving and we are seeing change."

He noted that Latin film and television has often been associated with Spanish language programing. But in recent years, the business has evolved to speak to wider experiences rather than being tied to a specific language.

“Newer productions in the U.S., on the film and TV side, don't necessarily target Spanish speakers," said Acosta. “Instead, they are trying to identify good content that translates culturally so people with a Latino background can relate to it. While it can be Spanish programming, it doesn't necessarily have to be anymore."

Speaking a culture's language is an important step toward understanding it. But relating to cultural experiences can speak to audiences in truly effective ways. Melding these concepts means individuals can connect with and identify themselves in what they see and hear.

“Now it can be a sitcom with an all-Latin cast that's based on a trope regarding how Latino family members relate to each other," Acosta said. "It's more about connecting to a cultural experience and identity than a specific language."

Acosta's understanding of the community helps Latinx film production companies such as Mucho Mas Media. Besides producing films, the company has also tapped into the comic book scene, creating Chispa Comics, one of the first Latinx comic book publishers.

Acosta and Mucho Mas Media use their commitment to and understanding of the culture to make sure their business efforts are serving it.

“On the film financing side, David is as good as it gets," said Javier Chapa, partner and producer at Mucho Mas Media. "Obviously the numbers have to make sense, but he genuinely cares about the filmmakers and the project. That means a lot to us. He has invested interest in the Latinx community and that helps us succeed, thrive and prosper."

One way to help the Latin music industry continue to grow is by providing the financial services it needs to do so.

Ana Perez, a vice president and senior relationship manager at City National, works on developing meaningful relationships within the industry.

"Our team leader of Entertainment Banking, Denise Colletta, introduced me to her client at the Latin Grammys," said Perez. “They grew fond of City National Bank's work in the Latin Entertainment space and found it especially refreshing that we've had an invested interest in Latin entertainment."

Sponsoring events like the Latin Grammys is the bank's way of showing support for the industry. Perez is excited for the 2022 Latin Grammys. She's looking forward to celebrating the Leading Ladies in Entertainment – an annual recognition from The Latin Recording Academy that honors women who made significant contributions within the arts and entertainment fields.

Philip Sánchez, a vice president and senior relationship manager at City National, knows that understanding the diversity within the Latino community allows for a stronger connection.

“I know the culture and the language and, maybe more importantly, I can relate to them and their style and needs," said Sánchez. “I am my mother's son. I was born and raised in the projects, my mother was undocumented, and I sold flowers on the side of the freeway until I was 19."

Sánchez is not afraid to talk about who he is and where he comes from. “There is no shame in my background. I am not a banker, I am a City National banker — and that makes a difference."

Sánchez takes his experience and uses it as motivation to give back to his community. He is involved with Reading is The way up®, City National's K-12 educational literacy program, and many other community activities — including beautifying underserved schools, funding young scholars, teaching financial education to kids and Spanish-speaking adults, and teaching undocumented women about their rights.

Sánchez believes that being a good banker also means making a commitment to bettering your community. “We want to help small businesses grow and provide them with the necessary education to put them on a path to success," he said. “Giving back to the community is not only rewarding, it's the right thing to do."

¹City National does business in the state of Florida as CN Bank.

This article is for general information and education only. It is provided as a courtesy to the clients and friends of City National Bank (City National). City National does not warrant that it is accurate or complete. Opinions expressed and estimates or projections given are those of the authors or persons quoted as of the date of the article with no obligation to update or notify of inaccuracy or change. This article may not be reproduced, distributed or further published by any person without the written consent of City National. Please cite source when quoting. © 2022 City National Bank. All Rights Reserved.