Michael Sonnenfeldt: What Makes an Entrepreneur? 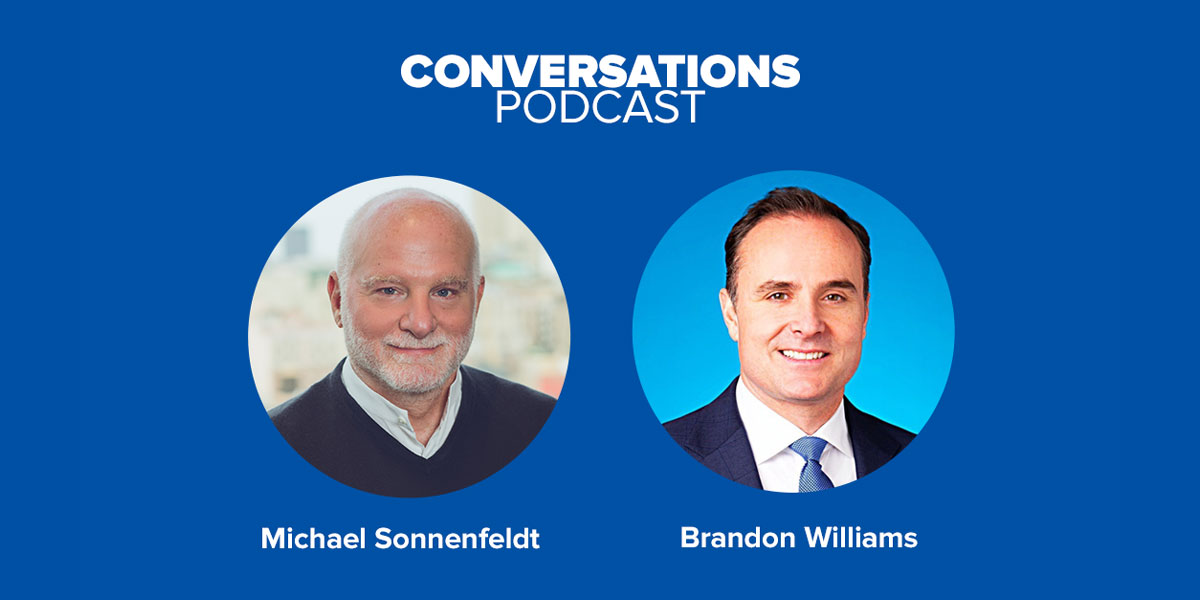 Michael W. Sonnenfeldt is a veteran entrepreneur. He turned heads in 1980 after successfully completing what was then the world's largest commercial renovation on the Harborside Financial Center in Jersey City, N.J. After starting and selling multiple successful projects, Sonnenfeldt founded TIGER 21, an exclusive peer membership organization for high-net-worth entrepreneurs, investors and executives.

What Is an Entrepreneur?

For Sonnenfeldt, defining what and who an entrepreneur is isn't simple. However, he stated that most entrepreneurs have something in common: They're driven by something other than a search for wealth. In fact, he attributed entrepreneurial ambition to character traits and life experiences.

“A lot of entrepreneurs want to be successful. But, very often, they want to change the world, or have an idea that nobody else is willing to listen to, or they can improve on something," Sonnenfeldt said.

Sonnenfeldt noted that many entrepreneurs have childhood experiences that serve as a driving force for their vision. For example, he said that attending speech therapy as a child instilled him with the determination to make sure others heard his story.

“I spent many years in speech therapy, and I wanted to prove that I actually knew what I was talking about," Sonnenfeldt recalled.

While Sonnenfeldt acknowledges that childhood hardships aren't a necessity for later success, he mentioned that they're just one example of influences other than wealth accumulation that drive the entrepreneurial spirit.

“We have social entrepreneurs in the nonprofit world who have nothing to do with personal wealth, and they want to change the world too," Sonnenfeldt said. “They have more in common with business entrepreneurs than you might think."

What Do Marshmallows Have To Do With Entrepreneurship?

Sonnenfeldt stated that focusing on long-term goals in favor of instant gratification is crucial for being an entrepreneur. He often refers to the Stanford marshmallow experiment, a 1972 study that explored delayed gratification.

In the experiment, children were offered the choice of having one marshmallow immediately or, if they could wait longer, two marshmallows. The long-term study found that the children who were able to wait to receive two marshmallow had higher rates of success in business, education and physical health later in life.

“The point is, when you're building businesses, there's always a temptation to do something in the short term," Sonnenfeldt commented. “But the real winners are the ones who can look over the horizon and work long enough to fulfill a much broader vision – that's where the real success lies."

Sonnenfeldt recalled that his first business – a solar company – lost money for 25 consecutive years. It wasn't until he merged with a Canadian lighting company that he finally found success. But it showed him how dividends can pay off for entrepreneurs who never take their focus off long-term goals, even during challenging moments.

What Failure Means for Entrepreneurs

Sonnenfeldt noted that having a great idea does not always mean it will be successful. For him, this means learning to accept when good ideas don't find their place in the market. Knowing when to move on from an idea or pivot in a different direction is, according to Sonnenfeldt, one of the most important skills an entrepreneur can have.

“No matter how fantastic an idea is, there's a marketplace. Many great ideas do not meet the challenge of the marketplace," Sonnenfeld remarked. “Failure is a key part of success. People who don't acknowledge that put themselves at risk."

Sonnenfeldt asserted that having the ability to look back at a failure and note where he could have done better was always key to the successes that followed. Learning from mistakes and identifying weaknesses remains part of his strategy today.

Sonnenfeldt said that great ideas are entities that deserve loyalty, care and feeding. Instead of viewing a business as something to take from, Sonnenfeldt suggested treating it as something that needs nourishment. For him, this means being all-in when it comes to devoting his time to a business.

“I put family emergencies first, I put businesses second and regular life third," Sonnenfeldt said. “Even today, I'm available 24/7, 365 to any of our senior managers."

Sonnenfeldt also suggested checking your ego at the door. Entrepreneurs can do this by being willing to have ideas and let others work with them to grow those ideas. Having the right team means no single person should contribute to every aspect of a business's growth. This means finding partners who have different strengths from yourself and getting help from wealth planners and other strategists as needed.

“Be willing to build a team that really can add to your idea," he commented. “You can take great joy not from having every idea, but from having planted the seed and helping everybody grow the tree."

When it comes to success, Sonnenfeldt pointed out how important mentorship is to secure it. He joked that understanding how important having a mentor is could have saved him from difficulty during the earliest years of his career.

Sonnenfeldt expressed that, in a line of 100 accomplished people, the most successful among them likely have one thing in common: They had a mentor.

Sonnenfeldt noted that one of the most important things parents can do for their children is to avoid the expectation that they'll take the same interests and risks that built the family's wealth. He noted that setting up funds to support a child's interests will later help differentiate what each child will inherit while also setting them up on their own path toward success.

“The likelihood that an entrepreneur will have a child of equal entrepreneurial ambition or skill is quite small," he said. “That's not a negative because second generation kids can be just as ambitious as their parents – just as smart – but because they've grown up with the benefits that their parents provide, they might be a little more risk adverse in their career assessment."

While entrepreneurs tend to be natural risk takers, their children might have a very different disposition. He encouraged entrepreneurs to appreciate their children for who they are, even if they don't want to achieve success in the same ways that created the family wealth. Doing this can help them find a path forward based on their strengths and interests.

Include Accountability During the Wealth Transfer Process

Sonnenfeldt encourages tying the act of transferring wealth to goals. He recalled a TIGER 21 member who stated they weren't going to give their kids anything. Rather, that member said, they would invest everything in their children. For Sonnenfeldt, this means including accountability for everything from paying for a child's education to helping them start their first business.

Educate Your Children About Wealth Management

Sonnenfeldt stated that he thinks it's a good idea introduce children to the nature of their wealth when they are old enough to understand it. “When children inherit great wealth, the number-one challenge is to teach them to be stewards of that wealth," he said.

Importantly, Sonnenfeldt makes it clear that every family should approach teaching their children about wealth differently. For some families, it can mean making sure they're equipped to maintain a vast amount of wealth. For other families, it can mean making sure children are ready to grow the amount of wealth they inherit, especially if it won't be enough to last for their lifetime or future generations if left unmanaged.

When Do Entrepreneurs Become Investors?

Many entrepreneurs face the challenge of figuring out what to do with the money their work has provided. Sonnenfeldt estimated that it can take the most extraordinary entrepreneurs between 5 to 10 years to become competent investors.

“Most entrepreneurs, when they sell the business, are overconfident in their skills because they're so used to being successful that they don't realize how much they've focused their efforts in a very narrow field," he said.

His advice to entrepreneurs facing investment choices after a business sale? Take things slow and keep expectations where they should be. He provided a reminder that entrepreneurial success comes in large chunks while investment success arrives in smaller pieces.

“It's that 5 to 10 years that's the hardest part," he said. “Sometimes just setting that expectation is the most important thing that we can do, so that people don't feel crazy at the discomfort just at the moment when they should be feeling great because they've achieved this extraordinary success."

Michael Sonnenfeldt's latest book is, “Think Bigger: And 39 Other Winning Strategies From Successful Entrepreneurs." He can also be seen frequently offering his insights about financial and business matters to major media outlets.

This article may not be reproduced, distributed or further published by any person without the written consent of City National. Please cite source when quoting.