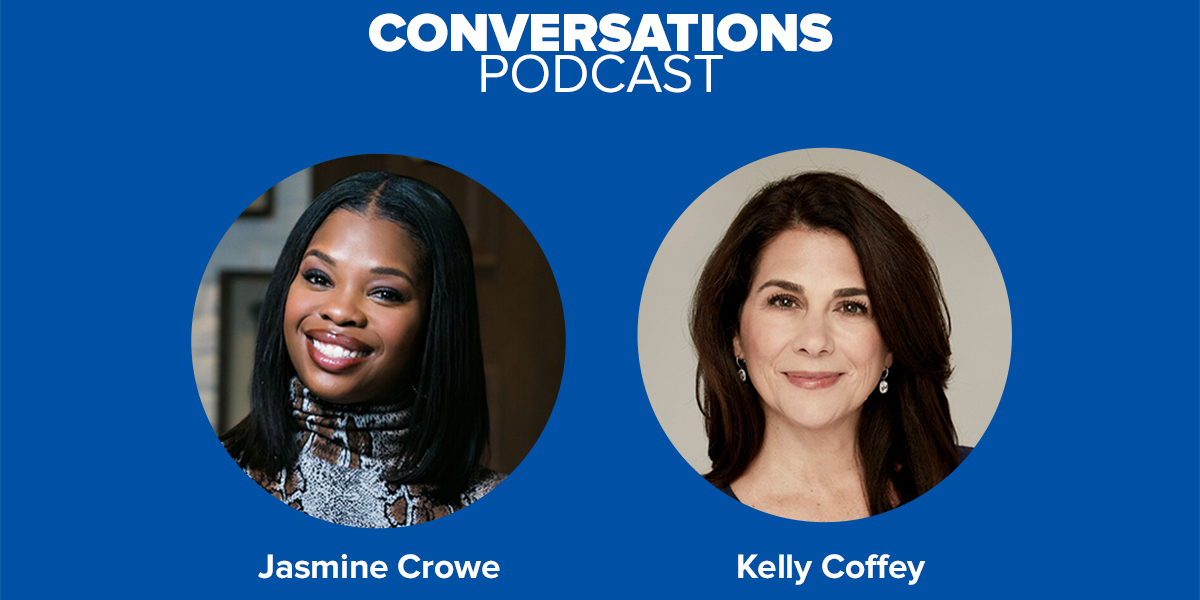 Five years ago, Jasmine Crowe was feeding homeless people in Atlanta from a pop-up kitchen in her home. She's come a long way in a few short years, transforming her passion for helping others into a national organization. Crowe, founder and CEO of Goodr, a company that leverages technology and logistics to reduce waste and eliminate hunger, recently closed an $8 million Series A funding round. But that's not all. Besides her work as an award-winning social entrepreneur, Crowe has done TED talks and has authored a children's book called “Everybody Eats."

Goodr, which is now in 26 markets across the U.S., has served 30 million meals and diverted five million pounds of food from landfills since its founding in 2017.

From Childhood Dreams to Entrepreneurial Success

Crowe grew up in a military family with parents she describes as “long-time givers." Each time they moved to a new city, her parents would quickly seek out a new church to become involved in volunteer work.

Seeing her parents give so generously to others inspired a young Crowe to do the same.

“I found a journal from when I was 14 or 15 and I had written, 'I want to be known for doing something good in this world'," Crowe said. “So, it was ingrained in me since at least high school."

In 2016, a video about her work buying, cooking and serving food to homeless people went viral on Facebook and inadvertently led to her lightbulb moment. There were many questions in the comments on the video about who donated the food that she was serving.

“I realized I didn't have to keep couponing and price matching and cooking all this food myself," Crowe said. “I could get food donated and feed more people."

Crowe wanted to solve two food-related issues: food insecurity and food waste. The statistics around this issue are stark: In the U.S. there are at least 33.8 million food-insecure households, yet 40% of all the food produced in the U.S. – 72 billion pounds a year - is wasted. Eventually, those discouraging statistics and her determination to help others led Crowe to create Goodr.

Crowe started with a $25,000 Kickstarter campaign. While it was a struggle to reach the campaign's goal, she emailed every donor to show she wasn't going to give up.

“It was the purpose that kept me going," Crowe said. “I was committed to feeding people."

For entrepreneurs raising capital, Crowe has the following advice:

“Do as much as you can without raising money," said Crowe. “Be able to do more with less and stretch more if you can."

Crowe has been deeply involved in the Atlanta community from the earliest days of starting Goodr, attending meetups and “Hack-a-Thons" where she found volunteers who were eager to help her start her company.

“People are looking for opportunities to be involved in something that will change the world," she said.

Crowe found out about programs such as “Invest Atlanta" that provide debt financing to help companies create more jobs. The loan she got from Invest Atlanta helped Goodr create three jobs, giving back to her community.

Besides trying to create jobs and improve her community, Crowe is focused on helping the next generation of leaders. Crowe started a summer internship program at Goodr for students of historically Black colleges and universities (HBCUs) that includes a $10,000 stipend.

The pandemic brought economic instability and food insecurity to the forefront of many people's attention, which in turn raised the profile of Goodr and its mission. As Crowe explains, hunger isn't an issue of scarcity, it's a question of logistics.

Goodr has a nonprofit marketplace that partners with groups to get meals and groceries to people who need it all over the country. Businesses such as Hartsfield–Jackson Atlanta International Airport — which donates surplus food — can rely on Goodr to take care of the logistics of getting the food to the tables where it is needed.

For example, Goodr provides donors with tracking from pickup to donation as well as social and environmental impact information, along with tax receipts for charitable deductions. Goodr's logistics partners include a variety of food delivery companies that already have drivers and fleets of vehicles.

Prepping the Next Generation of Difference Makers

Crowe isn't just making a difference today for those struggling with food insecurity — she's actively working to encourage the next generation to address the lasting problem. To do this, she wrote the children's book, “Everybody Eats."

The story shows both sides of the food insecurity issue, with one child volunteering at a food bank with her parents, when a classmate arrives with her parents to pick up food because her father has lost his job.

"I thought, by creating this children's book, it would be a real opportunity for me to inspire the next generation," Crowe said.

You can catch the rest of the conversation between Jasmine Crowe and Kelly Coffey by listening to the full podcast above.