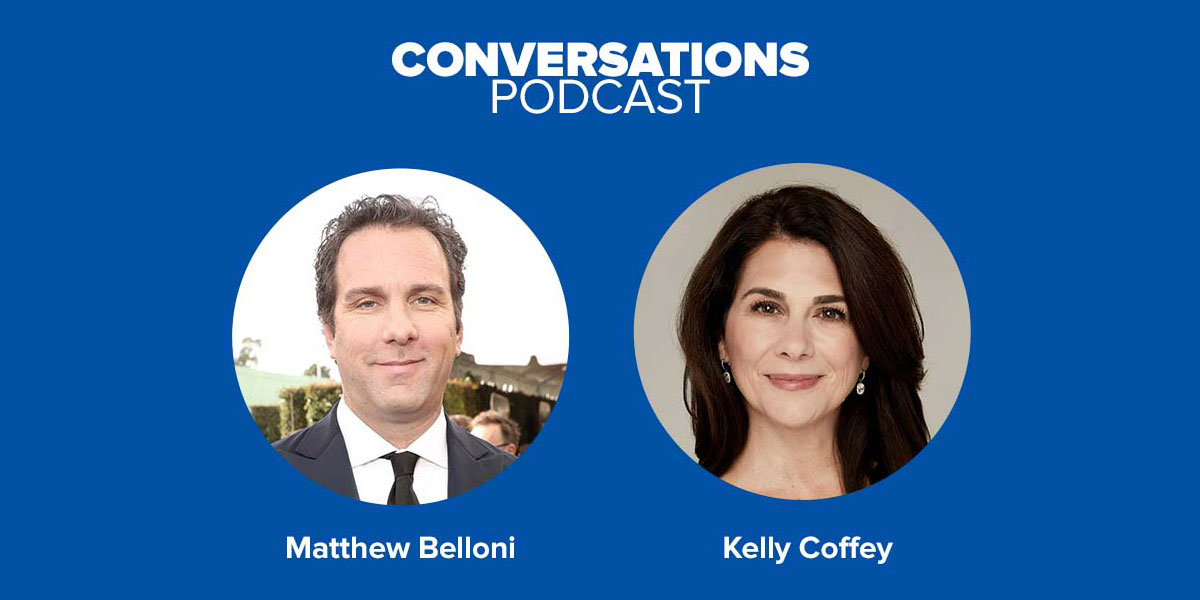 Matt Belloni is a founding partner at Puck, a new media company focused on the inside story at the nexus of Hollywood, Wall Street, Washington, and Silicon Valley. Before starting Puck, he was an entertainment attorney, journalist and the editor of The Hollywood Reporter.

His newsletter, “What I'm Hearing," has established him as one of the most impactful minds in entertainment and his expertise serves as a guide to the industry.

How Do You Enter a Decades-Old Industry?

When he left The Hollywood Reporter, Belloni was departing an established publication with decades of history. He took what he learned there and combined it with a modern approach to content creation when he co-founded Puck.

He realized that writers who'd created a strong personal brand might want to go out on their own, but still needed the perks of employment, such as salary and benefits. With Puck, he wanted to give them the freedom to use their hard-earned reputations to produce content.

“We don't want to have 12 different reporters covering a subject and churning out breaking news all the time," Belloni said. “Our model is we have the writers who really know what's going on and we give them the venue to talk to their sources, to produce what we think are definitive analysis of what's going on."

Reaching the Right People Is About Earning Trust

For Belloni, Puck is all about generating trust and creating personalized takes on topics that readers know come from a position of experience. This is a lesson Belloni learned throughout his career — he started building his brand and expertise while working as an entertainment attorney.

“The nice thing about it is that it gave me a cross-section of information about the entertainment industry," Belloni recalled. “I really got to dive into a lot of different businesses – everything from where the money is made over the lifetime of a film to how a deal is put together in television, where you're accounting for international sales and all the other ancillary revenue streams."

Building trust through experience means that individuals may not always agree with your opinion, but they will read and respect it.

“The trust in media is at all-time lows. People don't believe in what they see because they are mostly seeing articles that come to them via algorithms," Belloni commented. “It contributes to this morass of media that we're hoping to break through."

Coffey agreed with Belloni's approach, likening it to the way City National's Entertainment Banking team has earned an expert reputation in the industry.

“It's an expertise take on it, which is the way City National works," Coffey said. “The entertainment bankers, that's all they do. You may or may not agree with something we do, but we did it based on expertise as opposed to just a general banker that made a decision."

What Does 2022 Hold for the Entertainment Industry?

Belloni believes that 2022 will be a pivotal year for streaming services. He considers recent industry changes – such as some studios concurrently releasing movies in theaters and on streaming platforms – as early signs of significant change.

“The business is shifting its economics. And the priorities for the studios are their affiliated streaming services," Belloni said. “They care about building up subscriber numbers because that is what Wall Street cares about."

For Belloni, entertainment companies are committed to their streaming platforms and have found themselves in a situation where they must make them successful.

He also noted that the current flood of new streaming services means that consolidation is inventible for the industry.

“But ultimately, I just think they got into this too late and the others are keeping them at a distance, and they will either have to sell or merge," Belloni said, regarding some platforms.

Will Theaters Continue to Draw Crowds in the Streaming Age?

With streaming services taking over the way audiences consume media, many question if the movie theater industry will survive.

While Belloni thinks that certain types of films - such as major franchises, genres with energized fanbases and children's movies - will continue to bring people to theaters, he does predict a contraction for the movie theater industry.

Belloni predicted a decrease in the volume of movie theater releases, with many of the films that formerly propped up the theaters going to streaming first or not happening at all.

While the road ahead isn't easy for them, Belloni asserts that movie theaters can survive with a shift in focus.

The Changing Economics of Film

The streaming business is changing more than the way audiences watch movies. It's changing the way that studios spend money.

Relatively new companies, such as Netflix and Apple, are shaking industry norms when it comes to buying films. Belloni highlighted this fact by referencing CODA, a movie Apple bought in 2021 for a record-setting $25 million at the Sundance Film Festival.

Besides turning heads, the purchase showed that streaming companies will radically change the film industry.

“For a company that's generating tens of billions of dollars in profit each quarter, what is $25 million at a film festival? It makes it incredibly frustrating for some of their rivals in Hollywood, but it makes it an interesting dynamic, especially for talented people."