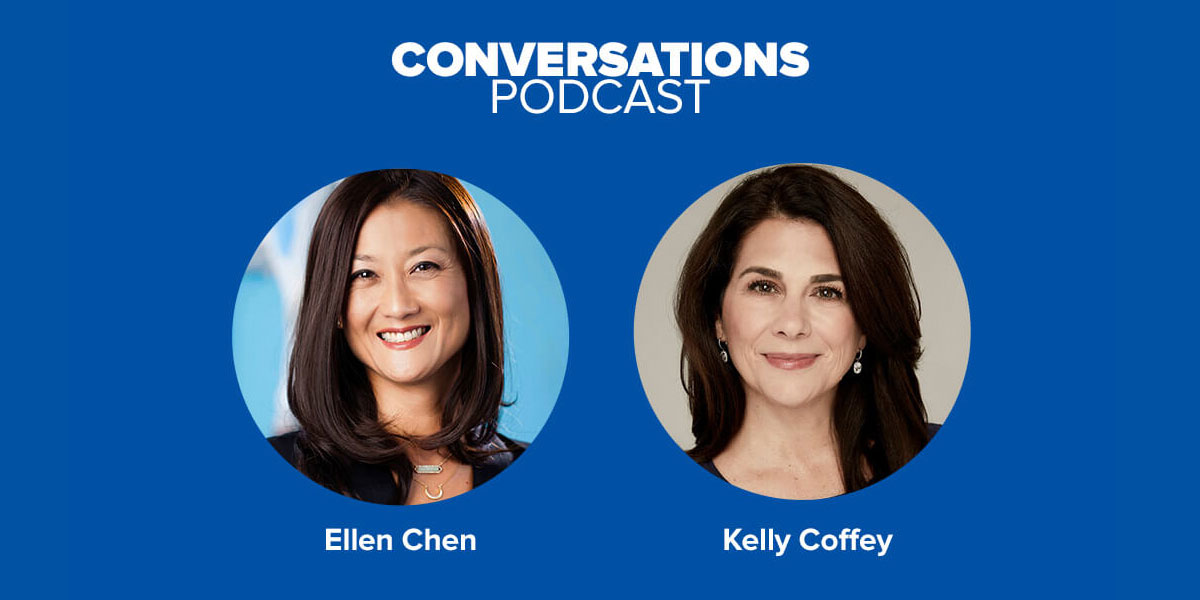 Ellen Chen knows that grit and a methodical approach are key to growing a successful business and challenging norms. She's the co-founder of Mendocino Farms, a family of restaurants known for turning sandwiches, salads and more into an unexpected culinary adventure.

Chen grew Mendocino Farms along with her husband, Mario Del Pero. Under her leadership as president, it grew into a beloved establishment with locations throughout California, Texas and Georgia. She transitioned to the company's board in 2019.

Today, she focuses on lifting new entrepreneurs from under-represented groups by providing them with advice and financial support. She was included on the annual Power List of Nation's Restaurant News, which recognizes the top 50 leaders who have changed the restaurant industry. She also serves on the boards of the California Restaurant Association and Vibrant Ventures, a VC that invests in plant-based consumer products.

She recently joined City National Bank's CEO Kelly Coffey for a conversation about embodying the American Dream, entrepreneurship, and the value of investing in new female and under-represented business leaders.

Building a Different Type of Business

Chen moved from Taipei to the U.S. as a child and credits her business owner father with helping develop her entrepreneurial spirit. Her first job out of college was with Accenture, where she worked as a consultant for Sprint. After working for a digital ad agency, she stepped away from the corporate world to work with her future husband at his restaurant, which they eventually sold.

“When we decided to open Mendocino Farms in 2005, we took a very methodical approach because we knew we wanted to scale it from the beginning," said Chen. “We focused on our culture and values from day one, training our staff in our core value, which is that we are selling 'happy,' not just food."

How did they this do this? By creating opportunity for their employees.

Chen and Del Pero introduced a managing partner program for their management staff that provided them with a significant bonus and a one-month sabbatical at their 5-year anniversary.

Chen's early years as a consultant deepened her understanding of how important it is for companies to focus on hiring the right talent and creating an atmosphere where that talent can thrive.

“People don't come to work just to collect a paycheck, it has to be for a higher purpose," Chen remarked.

It wasn't until Chen and Del Paro's second child, a daughter, was born that Chen realized she needed to make a change in the business world. Specifically, she noted that some doors opened to her, in part, because of who she was married to.

This revelation didn't sit right with her.

“It was a blessing and a curse to have my white male husband as my business partner," Chen recalled. “He opened doors for us, and we might not have been as successful if I had been the leader. But there's a 'bro' culture in the restaurant industry and I was the invisible partner who worked my butt off without any recognition. I didn't want that for our daughter."

Chen said her husband was sometimes not fully aware of how she had been treated as their business grew, as "the girlfriend" or "the wife" rather than as co-founder. His jaw dropped when she spoke with him about it, she said.

After reading Sheryl Sandberg's “Lean In," Chen outlined a plan with her husband to change the company so that more women could be leaders.

“I was told at a very young age to put your head down and don't rock the boat," Chen told Coffey. “I say do the exact opposite: Use your platform and scream out loud, rock the boat and share our stories."

For Chen, awareness is a key factor to addressing problems that limit females and other groups in the business world. She champions women in leadership roles to help others escape the same experiences she had early in her career.

Using Her Voice for Females & the AAPI Community

Chen's role today as an advisor and investor in start-up businesses such as Sunscoop, a plant-based ice cream, and Barcode, a plant-based performance drink, started as people began asking her for advice during the pandemic.

“My advisory role led to my becoming an investor because there's a natural progression from mentorship to financial support," said Chen. “Once you start investing, the deal flow comes through, so most of this happens organically."

Just as she did at Mendocino Farms, Chen is making sure she's opening doors for others. Eighty percent of her investments are in businesses owned by females or other under-represented groups. She's also an active board member of Teach AAPI, which advocates for teaching the history of Asian Americans and Pacific Islanders.

“We need to bring awareness about the social injustice experienced by AAPI people and that there are 22 million Asians in the U.S. who have diverse cultures and languages," said Chen. “Representation really matters."