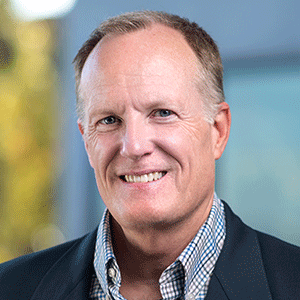 Scott Witter is executive vice president of Personal & Business Banking at City National Bank and is a member of the bank's Executive Committee. Scott is responsible for strategic direction, business development and client service within the bank's small business, consumer and preferred banking lines of business. Based out of Los Angeles, he oversees more than 600 colleagues in California, Nevada, Minneapolis, New York and Washington, D.C.

Scott earned a bachelor's degree in finance and business administration from California State University, Los Angeles. He is a Certified Financial Planner™ and has completed the Consumer Bankers Association graduate degree program in retail banking.

He serves on the board of directors of the Pacific Coast Banking School. Additionally, he has been a member of several nonprofit boards, including the Children's Bureau of Los Angeles, the Los Angeles Library Foundation, and the Los Angeles Police Memorial Foundation. For 27 years, Scott had a dual career as a reserve police officer for the City of Azusa, and received the Meritorious Service Award in 2002. He retired from the force in 2014 as a result of his relocation to New York.