Tarik Brooks: The Enterprise of Community 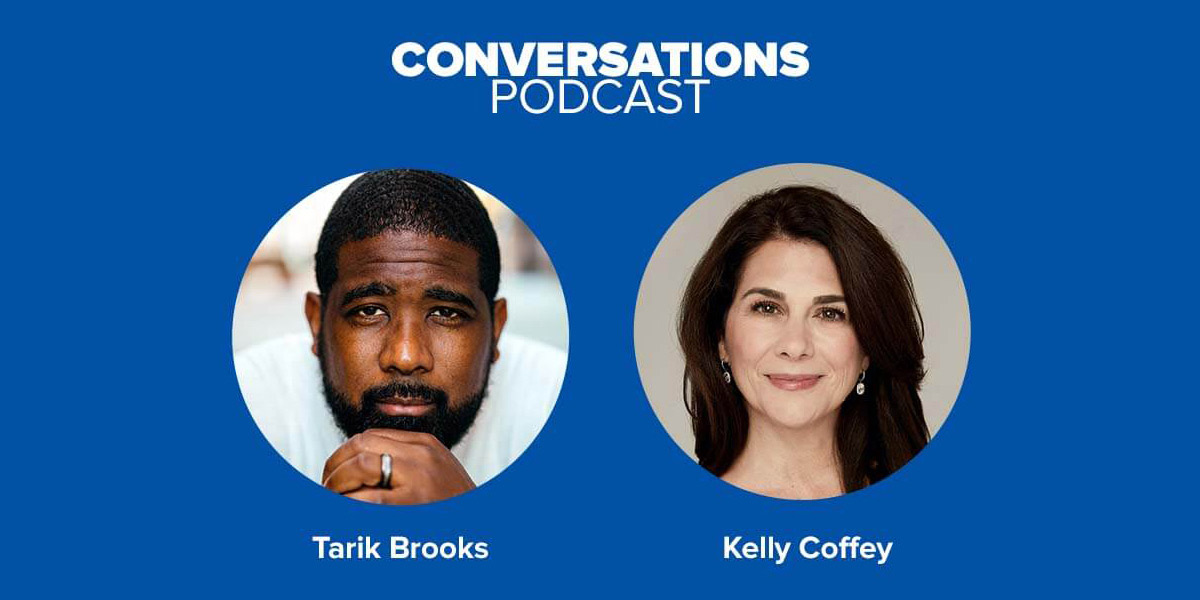 Tarik Brooks is an entrepreneur, financial professional and executive who has earned a reputation for using value-driven actions to secure success. He serves as president of Combs Enterprises, where he oversees and advises business operations and investments owned by Sean Combs.

Brooks is a graduate of Howard University and Harvard Business School. Before joining Combs Enterprises, he served as a senior leader at an investment management firm.

City National Bank CEO Kelly Coffey was thrilled to welcome Brooks as a guest on her podcast, “Conversations," for a discussion about career growth, managing a diverse portfolio and empowering communities with the power of opportunity.

What Advice Does Tarik Brooks Have for Career Growth?

Once he graduated from Howard University, Brooks embarked on a long and diverse career. He spent time at investment firms, major entertainment companies and startups. Finally, while at Bridgewater Associates, he was introduced to Combs – an event that would start a partnership that has continued to this day.

Brooks credited embracing risk as a significant driver behind his diverse career success. He encouraged anyone to approach risk with one simple question: What's the worst that could happen when you take a risk?

“In most cases, you will get the opportunity to try again," Brooks remarked. “If you're young in your career, you have the chance and the time to take shots that may or may not work."

He also encouraged anyone inspired by a company to consider owning its stock. Brooks said doing that helps a person learn about mitigating and managing risk. It can also help build the personal wealth required to take risks in the future.

Finally, Brooks encouraged listeners to make a careful investment of time getting mentors and building a team.

“Of all the successful people I've met throughout my entire career, I've never met one who didn't have mentors they relied on," Brooks said.

How to Manage a Diverse Portfolio

Under the Combs Enterprises umbrella, Brooks manages decisions for everything from education companies to spirits and media endeavors.

“We really do have a pretty diverse portfolio," Brooks commented. “We kind of think of it as an ecosystem because, if we are utilizing it right and we're maximizing our value, each entity fits into a thing that works together to create more value."

The company focuses on making sure its spirit brands remain competitive and relevant and that its media companies are paying attention to the right audiences.

“What's unique to us is being able to create value as one of very few Black-owned media companies," Brooks said. “When you look at the amount of media that the African American community consumes versus the amount of dollars that are going into African American-owned platforms, it's staggering."

“We need to be able to own our own platforms and communicate our messages. Because that's, again, the way we create wealth throughout our community."

Brooks focuses on making sure that philanthropy remains at the core of daily operations at Combs Enterprises. Notably, the company oversees three charter schools in traditionally underserved communities. The schools focus on helping students who, in most cases, are performing below grade level.

“By the time that we graduate these kids, they're not only at their grade level, but we have a record of graduating 100% of our children into four-year colleges," Brooks said.

When it comes to philanthropic work, Brooks wants to be clear that it isn't only a result of goodwill – it's also a vessel that facilitates good business. He asserted that working to help underserved communities helps open opportunity and success for everyone.