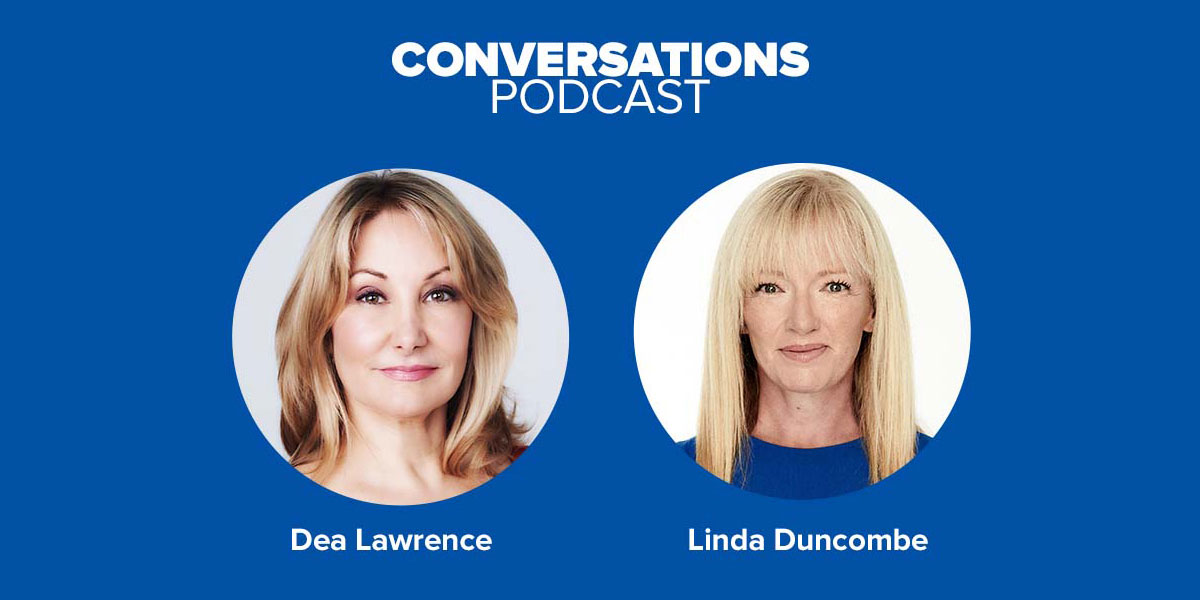 Dea Lawrence is truly multi-talented. Her acting career started in New York City where she worked on Broadway national tours and in regional theaters. Using lessons from the stage, she's earned a reputation as a prominent business executive in Hollywood.

Lawrence focuses on advertising, media and ad-tech. She's worked on campaigns for major studios, networks and Fortune 500 companies. Today, Lawrence serves as the chief operating and marketing officer at Variety, an entertainment publication with a long and storied history.

She frequently contributes to industry trades and conferences, making appearances at CMO Assembly, Women in Media, World Forum Disrupt and many more.

Lawrence joined Linda Duncombe, City National Bank EVP and Chief Marketing, Product and Digital Officer, for a conversation about evolving a brand, adapting to change and the increasing influence of female leaders.

Founded in 1905, Variety has managed to consistently meet the changing needs and expectations of its audience. It's Lawrence's job to make sure that decades-old growth doesn't stop.

“That's what I think about every single day," Lawrence said. “How are we going to keep this brand alive for another 117 years?"

For Lawrence, it's all about finding the balance between legacy and evolution. While the publication still focuses on covering the entertainment business, it has branched out to popular culture, social media, podcasting, video production and much more.

“At its core, our business hasn't really changed. We still are the authoritative voice of the entertainment industry, and we still serve that community," she commented. “But how we present the information has changed."

Lawrence added that the key to staying relevant is capturing a new audience and creating content that they look for each day, just as the publication has done throughout its history with members of the entertainment industry.

“We move very quickly. We move with speed. We take calculated risks," she said. “We are always looking ahead and seeing around corners, seeing what is coming up – and then we take action."

Since fast environments aren't always the easiest settings to work in, Lawrence acknowledged that it is the people at Variety who make success possible. She noted that it takes a passionate and devoted team to produce the excellence that reflects the Variety brand.

“Everyone is very passionate about it. And we listen – not just to what the community needs, but to what our partners need. And then we try to always deliver excellence," she said.

While she embraces it, Lawrence does not deny that change can be intimidating. She encouraged anyone who feels unhappy in their position to look for the opportunities they might be missing.

Lawrence proved the effectiveness of this philosophy through her leadership during the COVID-19 pandemic. When shutdowns and social distancing made in-person events impossible, Lawrence said, Variety pivoted almost instantly. She and her team looked for chances to improve despite seemingly hopeless surroundings.

Now, the brand is implementing lessons it learned during the so-called “new normal" and applying them to the more hybrid “next normal."

“People resist change. We like the idea of change, but we really don't want to do it," she said. “And we just were like, 'We're doing this.' And we did it, and it worked. And then everybody started copying us!"

Lawrence spent her career overcoming challenges. Her experiences have instilled the belief that people in power have a duty to pass it on to others. For her, that means making sure women are hired in positions where they have been historically underrepresented. She's proud that Variety is a company led by women.

“We've gotten better at this," she said, regarding equity in the workplace. “But if you look at organizations, it's still very male dominated."

Lawrence pointed out that Duncombe's position as a CMO in the financial industry is a positive sign of change. Duncombe agreed, noting her experience at City National.

“I was a frontline banker. And, often, I was the lady in the room with a bunch of men," Duncombe recalled. “It's really refreshing to be at City National Bank where Kelly Coffey is our CEO. She's one of only a handful of women who run banks in the United States."

Lawrence added that an important part of maintaining positive change is keeping the conversation about it active.

"I think that, in order to effect change in an organization, women have to come together," Lawrence said. "And we have to share our stories with each other. We cannot keep secrets. So, in order for us to change, we have to understand one another."