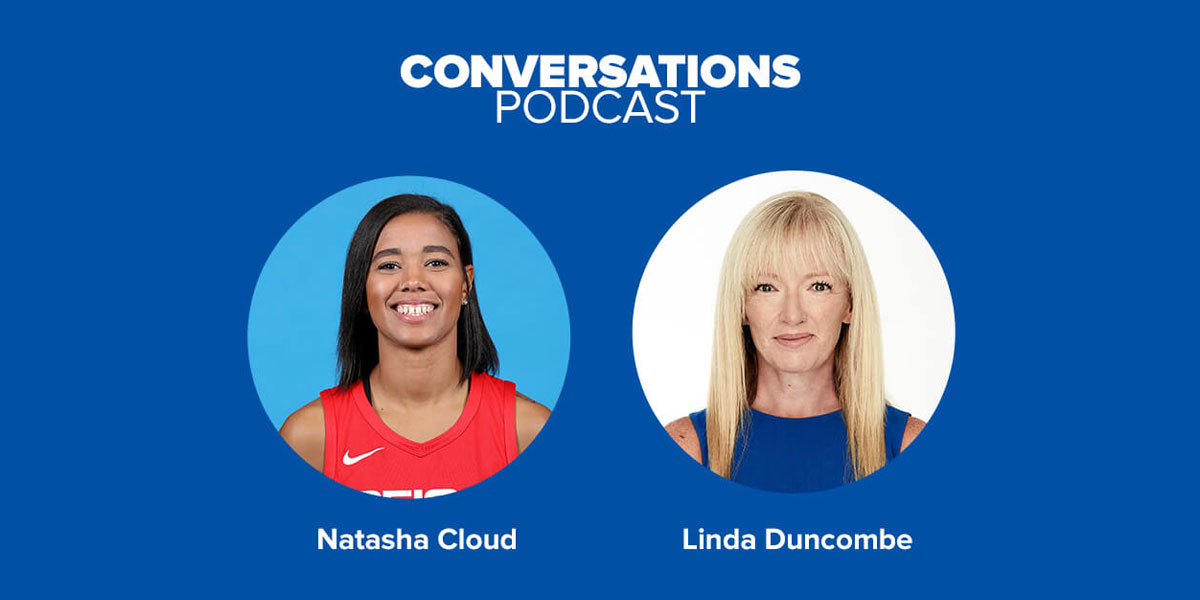 Natasha Cloud is a WNBA champion and starting point guard for the Washington Mystics. She's also a noted activist for gun violence reform, Black Lives Matter and equal rights for women and the LGBTQ+ community. In 2020, Cloud opted out of the WNBA bubble to devote herself to full-time social justice work and was named Outsports Female Hero of the Year, earning a spot on Forbes' 30 Under 30 list.

Cloud is a Pennsylvania native and graduate of Saint Joseph's College who was drafted No. 15 overall by the Washington Mystics in the second round of the 2015 WNBA draft. Her wife, Aleshia Ocasio, is a professional softball player.

Calling herself an underdog in the early part of her career, Cloud said she sacrificed fun, friends and even her graduation to focus on basketball. "That 11-year-old girl from Broomall, Pennsylvania - those dreams all became a reality," Cloud said, speaking of her professional sports career so far.

In this episode of the Conversations podcast, Linda Duncombe, City National Bank's chief marketing, product and digital officer, speaks frankly with Cloud about the emotional and physical challenges she faces as a professional athlete, being a biracial and bisexual woman, and her phenomenal work in the community.

Concentrating on activism after George Floyd's murder in 2020 helped Cloud turn her life "under a microscope" into a chance to "become a microphone" by using her voice and platform to champion reform, she told Duncombe.

This presentation is for general information and education only. It is provided as a courtesy to the clients and friends of City National Bank (City National). City National does not warrant that it is accurate or complete. Opinions expressed and estimates or projections given are as of the date of the presentation with no obligation to update or notify of inaccuracy or change. This presentation may not be reproduced, distributed or further published by any person without the written consent of City National. Please cite source when quoting.